The worst signings in the history of the Madrid 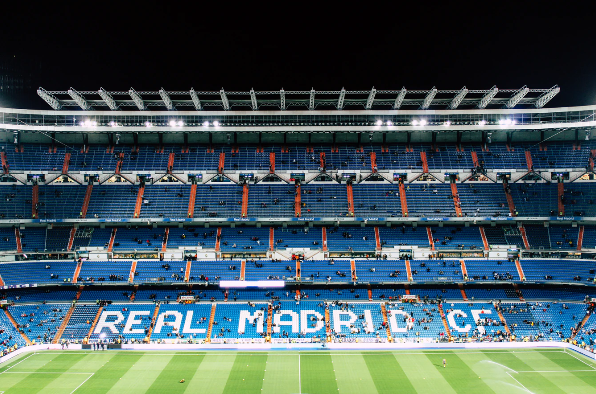 Who are the worst signings in the history of the Madrid?

It is true that last season Real Madrid have seen a level of signing pretty good, which focuses on young hopefuls with a long career ahead. But nevertheless, the club has a dark past with a long history of bad signings, therefore the money offered by the player and the quality of play. That is why today we bring you the worst signings of the club merengue.

Colombian striker was signed by the team in 1999 by 5 millions, but he did not play from the beginning. In fact, the player was loaned to Real Valladolid during a season, accompanied by two REPOs, in Vitoria de Guimaraes and Toulouse. In the final season (2001-2002) He was again incorporated into the template, but he did not note did not play a single minute throughout the year. It is said that Lorenzo Sanz, current president at that time, He showed interest in Congo after receiving a recommendation from a young fan 14 years.

While we remember the time playing first-division Hercules CF, Dutch midfielder lefty went through the ranks of the Real Madrid in the summer 2007 for about 13 millions of euros, after making a UEFA European Under-21 Championship, and being named one of the best players of the tournament. He played in a peculiar way on the ground and their performance was not bad, but unfortunately he was best known for his anecdotes or incidents as various outputs night traffic. To the 29 years left football.

Uruguayan midfielder was transferred from Osasuna to Real Madrid in 2005 by 5 millions of euros. He came with the responsibility of being the successor of Claude Makélélé, Fort galactic, and he ended up playing 26 matches, disputing the position with the legendary Gravesen. Unfortunately, Paul never show any technical quality to play on the computer, but a great force on the ground, It is one of the toughest players we remember from the white team in recent years.

Cassano arrived in January 2006 and passing through the Madrid He gave a lot to talk, and not by their performance. He did not have many minutes on the pitch until the end of La Liga. He was considered one of the worst players in betting pages as blackjack casino777. Antonio began to have problems of weight and fitness, and when it seemed that his end came, Fabio Capello appeared and decided to stay. However, the player was caught speaking ill of the coach and was immediately expelled from the team.

Probably one of the most inexplicable signings in the recent history of Real Madrid. Faubert appeared on the team in January 2009, on loan from West Ham United (1,5 millions of euros), and only he came to play 60 minutes all season, seeing enough quality. Nonetheless, He offered us some of the best stories, such as missed training because I thought I had the day off, or falling asleep on the bench during a game.