The Russian billionaire Roman Abramovich has decided to take the bull by the horns. After years of frustrated attempts to get the Champions League, it seems that the Russian tycoon has learned well the lesson. The one who pays has decided to think and as has been told Hanging by the Football, the saying is taking it to the bitter end.

If summer is not a hair cut when signing players who saw fit, now directly it is imposing lineups to Roberto Di Matteo. The Italian coach is a staunch defender of conservative systems, very own country whence. But nevertheless, Abramovich favors a more offensive lineup that causes his followers show. 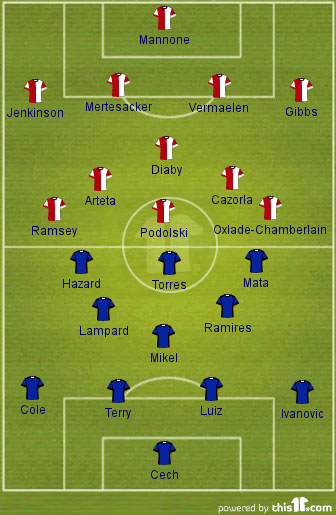 It is therefore, that since the season began imposing takes most parties eleven out the field. And it seems that it does well, Chelsea commands for the table in the Premiership and the team walks firmly in Europe, with the exception of the European Super Cup against Atletico Madrid.

Among the likes of Abramovich is the fact of playing with three half points. For Russian are indispensable in this regard Juan Mata and Eden Hazard, while the latter means varies depending rival among Brazilian Ramires and Oscar.

At the top, no doubts. Fernando Torres has to be the undisputed starter. That was paid for him a fortune and you have to amortize. further, economic issue, Russian also has a blind faith in Madrid.

On the defensive, Cole, Terry, David Luiz and Serbian Ivanovic are fixed to defend the arc Cech. Definitely, a whole equipazo, he prepares Di Matteo, with the permission of the head.

And is that in football, like office, the boss is the boss.