Casillas the best goalkeeper in the world, Buffon, the second 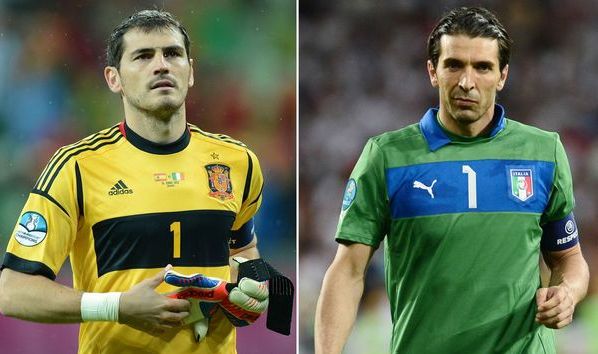 Iker Casillas has been declared for the fifth time the best goalkeeper of the year by the International Federation of Football History and Statistics (IFFHS). In the vote among journalists from the five continents, Casillas accumulated 224 points, with which he surpassed the Italian Gianluigi Buffon (Juventus), what added 128.

Casillas, with 31 years, achieves this title for the fifth time in a row after finishing second, third and twice fourth in this ranking between 2003 Y 2007.

Benzema, a repeat player with justice
A genius of Mata keeps Chelsea in the lead
Arsene Wenger meets 18 years as coach of Arsenal
Messi gives Barcelona one suffered victory against Spartak
The decline of another young talent whose career goes downhill
Didier Drogba will play for Galatasaray
Kempes fired as ambassador Valencia
Koke dock at gunpoint and steal a watch from 70.000 euros
El Chelsea, favorite to win the Europa League
Analysis Russia World Cup draw 2018