Do you know Raul Jimenez?

Author of one of the most spectacular goals of 2013, America striker is one of the upcoming Mexican talent to reach Europe. Claimed by clubs in the Bundesliga and Eredivisie with the intention to sign him before the World Cup in Brazil, to revalue not like his compatriot Chicharito in South Africa 2010. If you only know him by his Chilean magnificent against Panama, in Colgados for football you present it.

born 5 May 1991, Jimenez is a front with makings of 9 old-fashioned, its 1,90 cms and his corpulence do not shun any melee with rival stations. But also it has a good skill that allows you to associate with their peers outside the area, helping to create dangerous moves to attack eagles America. Given its size can exercise buoy holding the ball to the home side's central and facilitate the exit offensive phase of his team.

Although the highlight of Jimenez is its wide repertoire of shots, It enjoys a good definition either first or after driving, noting especially the shot with his left leg less skilled. Because of its height handles a good passing game, But most surprising is its ability to make unbelievable shots, which it has earned him that in Mexico you compare with Zlatan Ibrahimovic. 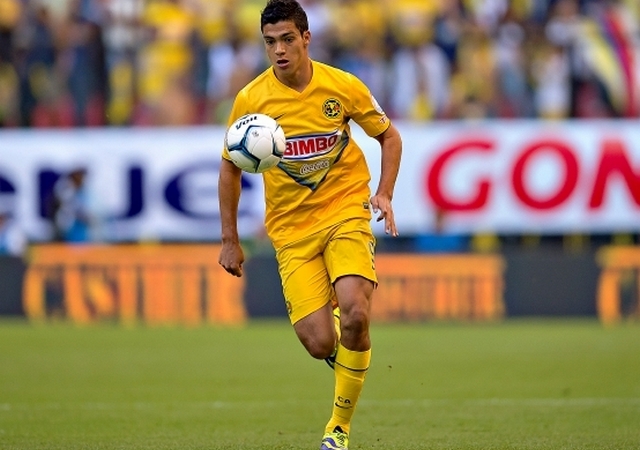 Left the quarry of Club America, He highlighted in the sub-20 team until the eagles 9 October 2011, He debuted as a starter in the League against Monarcas Morelia MX. He soon inaugurate his locker as a professional scorer in the fifth game and playing with the American scored the first goal of the Eagles during his visit to Puebla. And seated in the first team America began to be a regular turnover of Piojo Herrera in the alignments of America during the Clausura 2012, although he not highlighted in the side scoring, only two goals scored, its projection took Luis Fernando Tena to summon the Mexican U-23 Tournament Hopes Toulon.

His good performances in that tournament led him to be summoned by Mexico for London Olympics, This caused a big surprise in the Mexican press as its supposed to call them to stay off that list major players in the Olympic qualifiers. It was not a starter in any party of the Olympics, rather it was used as a lever in the last quarter hour, helping his country to win Olympic gold.

Already in the Apertura 2013 He became a regular alignments Piojo Herrera attacking duo sharing with the ill-fated Chucho Benitez. During the tournament he made his debut with the Mexican absolute in match against Denmark, He became a regular in calls for Victor Manuel Vucetich which led him to be summoned for Confederations Cup 2013. 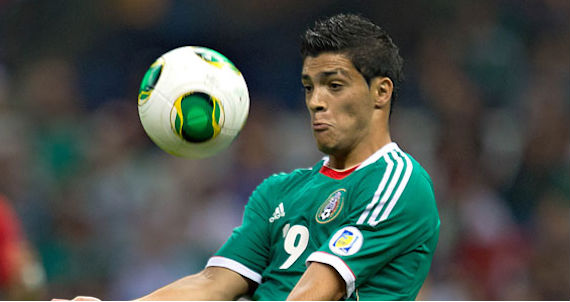 Poor performance in this tournament besides poor World Cup qualifying being made by the Tricolor, They took the coach to go to the Gold Cup (Euro Concacaf) with an unusual roster players and Jimenez settled there as a starter in eleven Tri, scoring two goals in the tournament but could not avoid the embarrassing elimination in the semifinals at the hands of Panama.

Although his real boom happened during the Clausura scorer 2013 scoring 11 goals in 15 games played. But his big moment came the 11 October 2013 at the Azteca stadium, the penultimate day of the final round of CONCACAF and Mexico received in his fief to Panama gambled. a fundamental match for the Tricolor in their attempt to qualify for the intercontinental play-off was, the three shortcuts were already defined, Mexico and only worth the victory.

He ran the game in their last minutes with the result of tie to one, when Chilean Jimenez finished off a pass from Francisco Arce, The goal went around the world and put in eyes of the international football figure Raul Jimenez. Here in Colgados for football we present it before it exploded in Brazil 2014. 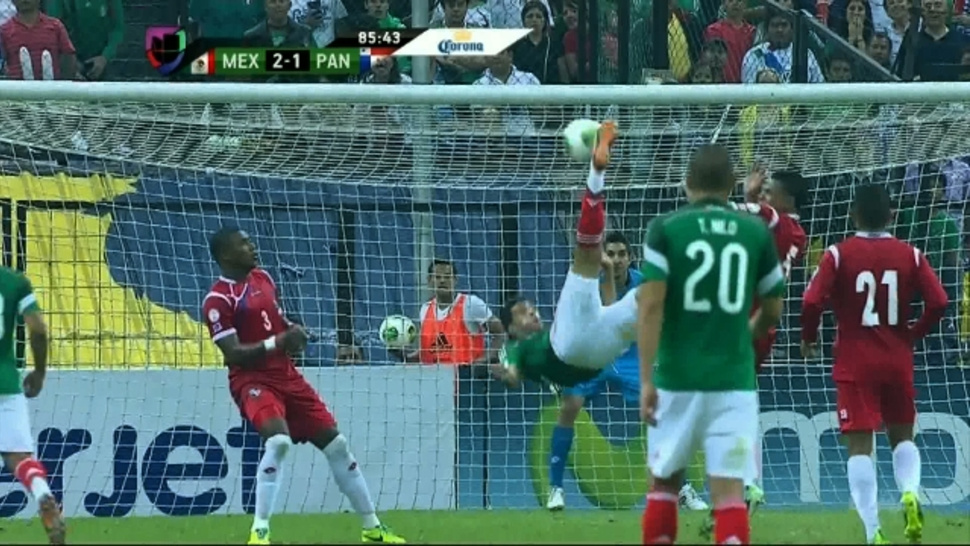