Thank you and other

The Spanish Federation has announced that Julen Lopetegui will lead to the Under-21s in the next two meetings of the “rojita”. News that not only confirms the disaster of Luis Milla was at the Olympics.

Despite having won last summer's Under-21 European and achieve brilliantly pass to the Games, these have led to a real debacle of Spanish football. No party won, not even a goal scored have made the Olympic crossing a road full of thorns. But the worst of it, has not been the result if bad, but forms, the image offered apathy.

It is possible to lose, and in such categories, but there are shapes and forms. And here, the selection of Luis Milla has chosen the worst roads. A system based on anything where the defense was a mess and coladero, an attack without ideas and a means of completely flat field have left Spain in absolute failures.

And it could be worse, as if Japan had been somewhat accurate in front of goal, the first match of the tournament could have been solved with 0-10 against, without risk to fall short. Clearly, the coach does not play, and puts the goals that failed to Honduras, but if that is the head of their team play with the intensity of at least the second half of the match against Central. 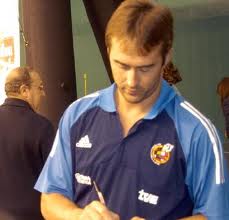 Now, it's time to be accountable and it seems that the decision to dismiss the turolense by Lopetegui is successful. In any case, Milla thanks. With you, the “rojita” He won the European Under-21, and that do not win every day.