Honduras, all that is added will be a gift

Honduras will play in Brazil the third World Cup in its history. In his two previous precedents he never got past the group stage and this time the expectations are not rosy either.. with France, Switzerland and Ecuador as traveling companions, nothing seems easy. But nevertheless, Honduras already went through a similar situation in the last London Olympics and reached the quarterfinals.

The Central American team finished the Hexagonal brilliantly in third place, beating Mexico and although a priori they should not go beyond the first round, if they can mean a hard hurdle to beat for any rival. For it, they will bet on a daring football, full of courage, fight and delivery, where technique and quality will give way to sacrifice and teamwork.

Because the group and the claw will be the great bet of the catracha team. Far from having great individualities, the H entrusts everything to a solid defensive system where the veteran winger Emilio Izaguirre stands out, the promising Rangers midfielder Arnold Peralta or the always awkward Costly and Bengston. A duet up front without much imagination but with enough skill to be a headache for any defense.

Framed in a hard E group, Honduras this time does not meet Spain as if it happened in its two World Cup precedents, but in return he has before him Switzerland (with which he tied O in the 2010), Ecuador (with which he tied 2 in a friendly in 2013) and France, the great coconut of the group and the great favorite. tough rivals, complicated, but in no case inaccessible for a team that dreams of reaching the round of 16 emulating what Costa Rica or Mexico did in their day, his CONCACAF teammates. 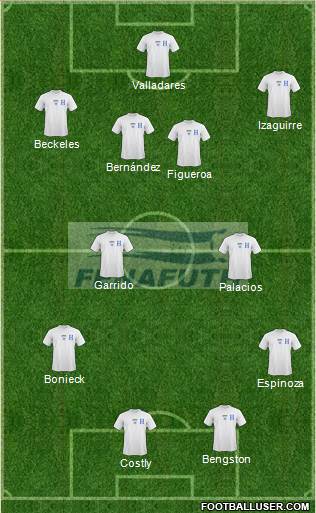 After beating Mexico for the first time in its history in the Aztec country, confidence in Luis Fernando Suárez is total in Honduras. This Colombian 54 years is an old dog of the benches. After leading the Ecuadorian team in the World Cup in Germany 2006, fucked in 2011 the reins of the catracha team and the results could not have been better. A team that goes well against, who plays without fear and who is difficult to beat.

Suárez's spirit of work is noticeable from the first moment and that is nothing more than excellent news for Central Americans, eager once and for all to get through the group stage at a World Cup. Something difficult, but not impossible with the Colombian at the forefront of operations.