German Bundesliga, the second best league in the world today

The tournament format, like other European leagues, it's based on 34 days where teams play all against all two-legged round. The champion is the team with the most points at the end of season. Since it gives access to the Champions League, like the second and third place in the standings. Gone are the days of Oberligas (until 1963), those regional championships where teams were located because of its geographical scope.

The Bundesliga boom can be seen in the fact that this new season 2013-14, fourth-placed access to the qualifying round for the Champions League as last year and that England and Spain, Italy not Follow 3 sets as the great harmed rise of the German league.

With regard to the UEFA League, It is is disputed by the champion of the German Cup and the fifth and sixth place in the Bundesliga. The descent, meanwhile, They occupy the last two championship qualifiers, while the penultimate dispute a promotion relegation against the third in the Bundesliga 2.

One of the most important features championship, It is suffering from the winter break at the end of the first round (mid-December). The harsh weather conditions of the German nation postpone the start of the second round until late January. In this period, It is very normal, many teams come to southern Europe to play friendly and make minipretemporadas in order to sharpen the way for the final stage of the tournament.

But undoubtedly the great recent pull Bundesliga is based on its excellent organization. In Germany, before the start of the season knows the day and the exact time of each match. Something that allows the public planned attendance at stadiums throughout the year. And if that was not enough, the viewer is careful with detail.

In a country with one of the highest average wages in Europe, Football is an especially affordable show for any layer of society. With an average of 25 euros you can go to watch any game in a fairly good position in the field. Prices sometimes cheaper to the 15 euros, If what you want is to be in a background. The clearest example is the Borussia Dortmund, It is offering day after day 26.000 seats just over 12 euros. All this, ensuring, stands are full and passionate football fans live vibrantly.

And missing little, the economic situation of German clubs is truly enviable. Protected by the rule 50+1, no club can have a shareholder who controls more than 49 percent of the entity. The 51 % percent remaining partners must remain whole. With that, monopolies are avoided as in Spain or England. The only exception is with Bayern Leverkusen and Wolfsburg, because both entities are supported by companies that manage teams over 20 years.

The good economic clubs allow these to face the seasons investing in signings. In contrast to what happens in the rest of Europe, the German market continues to increase spending year after year having to Bayern Munich (62 millions) Borussia Dortmund and (50) the most notorious examples of these new policies.

The German organization also reaches the television market. Bundesliga, all matches are televised by SKY Deutschland through the Sky platform Bundesliga, pay channel that can be purchased 33.90 € / mes. Schedules meetings, As said before, They are set in advance. one exists, Friday at 20:30 hours, 5 Saturday at 15:30 and two hours on Sundays, one at 15:30 and another at 17:30.

As for TV deals, everything is very evenly distributed. There is a plus for each club, and then divide revenues addressing the audience level variables, classification and career. Bayern Munich the best part takes the cake with 28 millions, but closely followed by Schalke 04 with 25 Hamburg SV million 24. further, the difference with the team less charges is the lowest in Europe, because they are just 14 million difference. 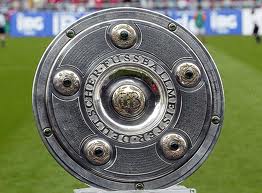 In economically strong League, equality, but nevertheless, the note is not presiding. Bayern Munich and Borussia Dortmund are nevertheless the two favorites. First, by budget and payroll great players (Ribery, Robben, Kroos, Thiago, etc). All champions, with Pep Guardiola no longer seems to find only revalidate the fantastic hat-trick of last year, but the footballing excellence. Something that Borussia Dortmund will try to stop the. No Gotze, Bayern signed for payment of 40 kilos, finalist last Champions not seem to have accused the blow excess. Already he won the German Super Cup two weeks ago and seems to intuit almost the only rival, especially, thanks to the signings of Mkhitaryan (whereby they have been paid 28 million Donest) and Aubameyang, coming from Saint Etienne French with the goal of becoming one of the great revelations of the League.

Then they appear in a second step Schalke, Hamburg (third team that has invested in signings 15 millions), Werder Bremen and Borussia M'gladbach. In any case, this list “outsiders” It can be extended, because if something stands in the Bundesliga it is equal from third place.