Antoni Ramallets, simply the best goalkeeper in the history of Barcelona

The 30 July 2013 It will be remembered as the day of farewell best goalkeeper in the history of Barcelona. That day, Antoni Ramallets to their 89 years put an end to a life full of emotions where he excelled his love affair with Barcelona, the club all his life and the architect of modern times that will be remembered as a myth of the goal blaugrana but not only world.

And that Ramallets marked a before and after in the Catalan team. It would be easy to pull statistics to define, say it was the keeper of the five Copas, six league titles and two Cups shows that the Catalans managed to mid-twentieth century. Even, It would be even easier to say it was the Zamora League fivefold (however officially only they gave him two awards for until the year 58 He was not established). But nevertheless, just as easily be inaccurate. Ramallets represented something else. Man neighborhood (Grace) who comes to fulfill his dream, the rapid goalkeeper, agile and safe getting filled with confidence not only a defense, but also a step used to the ups and downs in the sticks.

Of course, such merits made him be international in 35 meetings and play a World. your World, the Brazilian 50, in which their interventions were not lost anyone to the point of cradle him the nickname “Cat Maracana” for their feline performances under the sticks that earned comparisons with Zamora: “"Today in the first half has been colossal. It has made me think that he had risen Zamora, to the 30 just years of the feat of Antwerp, "said the chronicles of the time.

The famous archer end of Bern, It is precisely the defeat against Benfica of Eusebio his worst memory, not only to stay with honey on the lips, but perhaps they are having played his worst game in a long time in the worst possible scenario, something much less have to tarnish a brilliant career that. 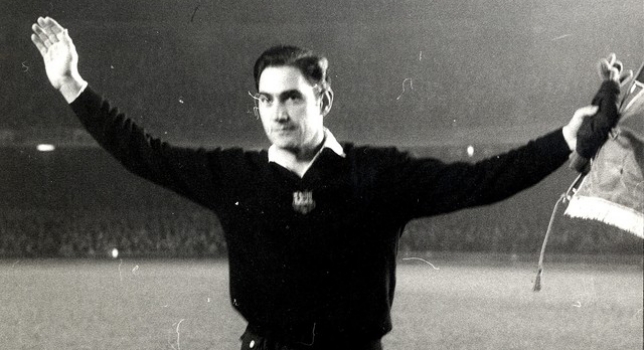 Debutante in Europe that followed the San Fernando (for that military service), Valladolid and Mallorca, his fifteen years in Barcelona make with Victor Valdes and Andoni Zubizarreta in the great icon and reference of the blaugrana goal that he even make his first steps in film.

I had a big habit black dress. Black that we all get to see him off for the last time.

Find out everything you need to know about unlicensed casinos

Best Argentinian players in the history of Valencia

The most 'wasteful teams in Europe' in the last decade