Beckham, Will the new head of Málaga?

David Beckham could be the new bomb of Malaga, and hence, of the soccer planet. The American press points to a surprising alternative for Manuel Pellegrini's Málaga: that the Andalusian club ends up in the hands of David Beckham. Apparently, the Arab sheikh who owns Malaga wants to sell his shares to the British star.

Football player, who currently plays for the Los Angeles Galaxy of the US Major League Soccer, would partner with former North American defender Alexi Lalas and through a share swap would buy the Spanish club from Sheikh Abdullah Al-Thani, According to the Los Angeles Times. 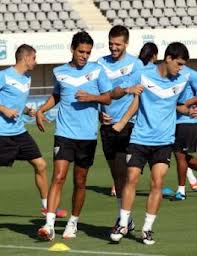 According to said newspaper, It is an unexpected option but one that is gradually taking shape, although this Chilean newspaper notes that not even the executive vice president of the club, Moayad Shatat, know this operation, so it would not be ruled out that it is a strategy to divert attention.

The formula would consist of selling the majority of the club's shares to the two athletes , reaching almost to 75%.

On the other hand, Al-Thani would stay with Arab properties in which both footballers are shareholders.