Barcelona calendar of friendlies in the preseason 2013-14

As we did with Real Madrid Colgados it is time for football to know the preseason schedule FC Barcelona. Tito Vilanova box this summer has the new signing Neymar has scheduled play six friendlies and two official match Super Cup Spain.

A good test to start another year at the official season 100%. And is that only twice in the history of the League, the Blaugrana has lost its premiere. In Hanged For Football, review the roadmap FC Barcelona:

– At. Madrid – FC Barcelona (Leg of the Supercopa of Spain) Wednesday 21 August at 23 hours.

– FC Barcelona – At. Madrid (around the Supercopa) Wednesday 28 August at 23 hours. 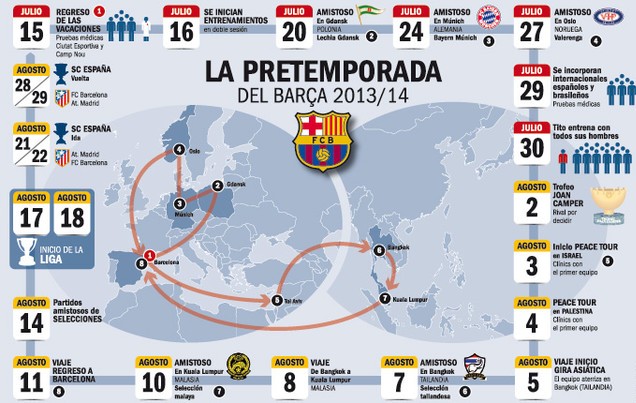 *The time schedule is always in Spanish.