Real Madrid has already started its preseason. Since last day 15, Carlo Ancelotti has available a large part of the squad that will play next season 2013-14. The brand new signings of Isco, Carvajal's anyone who can come are little time to evaluate before beginning the official matches.

For it, and as usually happens every year, the white set has designed a series of meetings of friendly character which highlights the US tour in the International Champions Cup or friendly against Al-Sadd at the Bernabeu Trophy where he will have the incentive to see again Raul dress madridista (will play one half with each shirt).

Without further ado, this the schedule of friendly matches for Real Madrid this season: 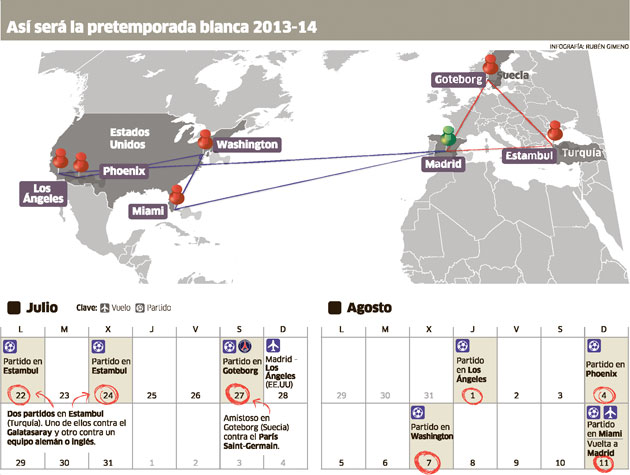 * The schedule always corresponds to the Spanish time.

One thought on “Friendly calendar Real Madrid this season 2013-14”