Casillas and Valdes, Who is the best goalkeeper? 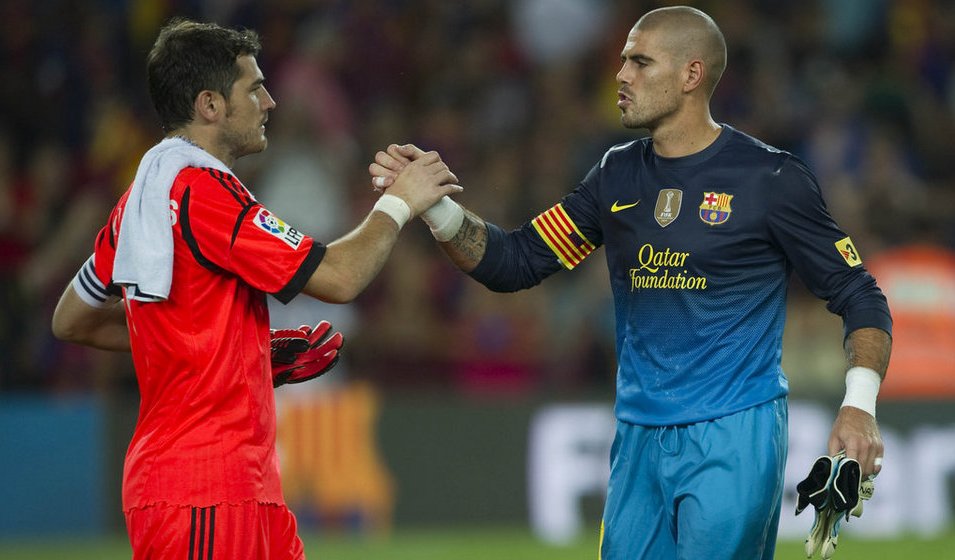 Iker Casillas and Victor Valdes, Who should take the goal of the Spanish team? Who is better cancerbero? Open in the Red following the substitution of Real Madrid goalkeeper in recent months in its discussion leads us to raise this debate, far from forofismos, just based on real and indisputable facts such as numbers and their work under the sticks.

Iker Casillas is the watchword of the selection, his club and even a generation of players. With 32 years, claims to be international 149 times, winning 5 Suspenders, 1 Copa del Rey, 4 Supercopa of Spain nationwide plus 2 Champions and Intercontinental internationally with Real Madrid to which must be added 2 European Championships and World. More and better reflexes Valdes in one for one Catalan, Casillas has won its zamora 14 disputed leagues in which he has played 476 receiving encounters 488 goals.

In front, Valdes is a year younger (31) and in their windows has just 16 internacionalidades in which he has won a European Championship and World, always all is said, view from the bench. 12 First years, He has played 440 encounters with five zamoras behind. Their collective awards mark him 6 Suspenders, 6 Supercopa of Spain, 2 Copas del Rey (without playing), 3 Champions, 2 Club World and two European Super Cups. 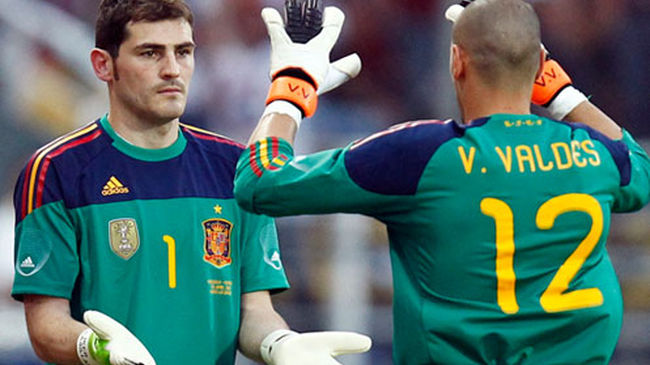 If Valdes had arrived before Casillas, Catalan may have been the titular goalkeeper.

Palmares Palmares, Victor seems to find slight advantage in this regard. Higher (1.88 by 1.85), It is also better above, with the ball at his feet and when the ball blocar. Security is one of their best weapons, perhaps having an excellent location between the sticks.

While Casillas has been designated five consecutive years best goalkeeper in the world and second best in the last 25 years, Valdes has going for it also to have a better shape and found in its fullness. Someone once said that possibly the great merit was to arrive before Casillas and Valdes otherwise have occurred, possibly it would have been the barcelonista which had been perpetuated in the post of goalkeeper of Spain.

One more spectacular than the other, What is clear is that something of this article is extracted: Casillas places the story in a slightly higher rung. The present, gives the advantage Valdes. That simple, and so clear.

The best market football APP
Postman to forward at Euro 2016
Karl-Heinze Rummenigge, It was so good that he made a song
Alan Shearer, goal blood
Spain-Gibraltar rivalry in football
Who will win the Confederations Cup? Tournament favorites and forecast
When winning is not enough
El Loco Bielsa, the most peculiar coach in the world
Cameroon, The same old story
They were European champions as player and coach