This is one of those unusual stories, curious and a little funny, that help us understand the human side of sport. That happen rarely, and oddly set in a European Cup final nights under its moons seen a magic show, talent, delivery, fight and love the colors. A two-sided tragicomedy that not even Broadway could represent.

To place ourselves in time and space, It happened one 7 May 1986. It was late afternoon in the heart of Sevilla, and to 70.000 souls present the final of the European Cup was played between Barcelona and Steaua Bucharest. Was a game locked, without many spaces and a physically diminished Barcelona. Terry Venables, plunged into anxiety and nervousness own time, making a decision on impulse than anything else, decides to remove from the field to Schuster.

At that Barcelona of the year 86, Bernd Schuster stood as born leader, without a doubt was the quintessential collector penalties in the team. for Venables, him out of the game despite their apathy in the passing of this, He was giving up the only player per class, condition, and individual talent, could tip the balance in favor of the Catalans. That night the performance of the German suspicions raised all present, according to some culés, German it showed completely disengaged in the defensive play of the game, which atrophied counterattacks much of the Barca team tried, because his game revolved around Schuster.

Always in the end there is the option to go to the instance of charges from the spot, and take your best collector in the twilight of the second half, with an opponent who does not give you chances, sounds like a joke with dementia color. Said and done, Lapsing 85 minutes' party, the English sent the pitch to Moratalla instead of Schuster. Video between 1:28:20 until the 1:29:10 you can see the output of the German player, not happy.

Predictably the reaction of the German was not the best and rather than following the end of the match on the bench, He preferred to follow long, take a shower and leave the place as soon as possible. At the end of the Sanchez Pizjuan, Schuster took a taxi heading to the team hotel, and the taxi driver who had picked him precisely tuned to the radio game. At the time of this look at the mirror to detail his passenger, around his face pale, his hands trembled and his eyes were ready to jump out of their sockets. It seemed as if he were witnessing to Lucifer himself, and of course, It was not be for lowerly.

Bernd Schuster was the man, and his team was playing the final of the European Cup at the same moment that this addressed your car, something not believe. After chatting a bit along the way, the driver calmed down a bit and understood, superficially, Schuster because getting into his taxi full end of his team. When we arrive to the hotel, Bernd picked up his girlfriend Gabi and together they headed to the airport road, whereafter they escaped.

Having been replaced in the final was only the straw that overflowed the glass to react Schuster burst and thus, as the conflict between the German and the Catalan refers to the beginning of the season 85/86, where he had publicly protested the bonuses offered to players for this season. He even declared that star players were starting to be treated as mere pieces of trash.

All this ended with Schuster wearing white season 88/89. The cost of land in the Bernabéu happened to be a year without playing and with a variety of legal proceedings against him. If pressed Schuster to play for Madrid or not is something that we will never know, what is clear is that the rivalry between the two transcends multiple situations outside of sport, and reaching levels incalculable. Nonetheless, the attitude of the German can be categorized as effrontery, cynicism, and lack of professionalism, But above all, a crude example of premeditation in football.

What happened at the end of the match is a story already known to all. Those who do not know You can check right here in Colgadosporelfutbol. Otherwise, Seville taxi driver know that will forever an anecdote to tell their descendants, and why not, gloat to be part of the history of European football ........ In their own way 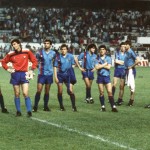 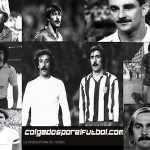 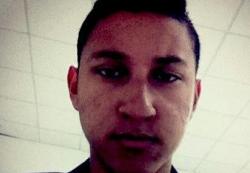 Seconding such a Rimet from 1921. Enigmatic, atavistic and antiracist. Journalist. Retro football lover. Always willing to chat and debate, you find me on Twitter as @Daniel_inter

2 thoughts on “The taxi driver Schuster”