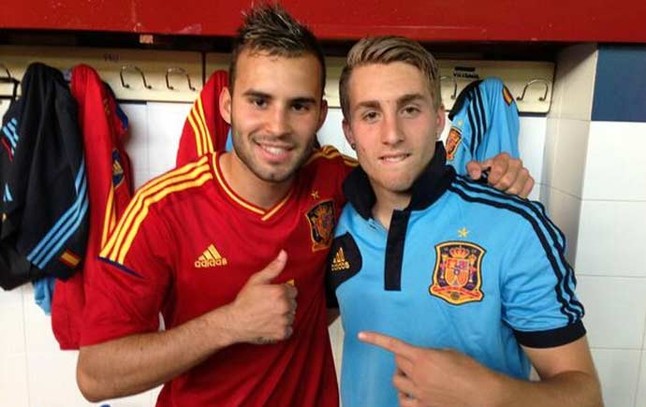 Barcelona and Real Madrid can have their new cracks at home, to the substitutes for Messi and Cristiano Ronaldo. Both quarries are practically tied to points in the Second classification and among their squads are two of the top scorers in the category and two of the players with the most future today

FC Barcelona has been characterized in recent years in taking out top-level players through its youth team. Bojan, Pedro, Thiago, Tello or Messi himself could be a clear example of the Catalan team's quarry project. Next on the list could be Gerard Deulofeu.

born 13 March 1994 and Gerona, This very young player is possibly one of the greatest soccer talents to come in Spanish and world soccer.. In the ranks of Barcelona B, the subsidiary culé, He has scored 18 goals and is among the top scorers in the category. Fast forward, coach and scorer, he is a very talented player. 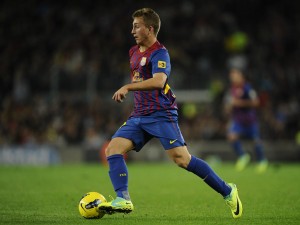 Gerard Deulofeu, the jewel in the crown of the Barcelona quarry

So much so that he already debuted with Fc Barcelona. He did it with 17 years in December 2011. It has recently renewed with Barcelona but its possible transfer is contemplated to continue to get excited. International in all lower categories, half Europe wants him and he is a very interesting player to follow in the future.

Real Madrid Castilla, branch team of the white club, it has in its ranks another of the players who will set the pace in the future. The Canary Jesé Rodríguez born on 26 February 1993 in Las Palmas de Gran Canaria, has already been compared to Cristiano Ronaldo. With an innate ability to dribble and overflow. This season has also shown great ease in scoring goals. 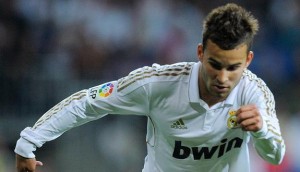 Jesé Rodríguez the pearl of Madrid

In his debut in Segunda, He has marked 22 goals in the absence of a day to end the season. International in all inferiors and Delofeu's partner in them, maybe Florentino should stop signing for videos and look at what he has at home that is not bad.

Both players promise a lot, when you get to the top don't forget that in Hanged for football we bet on them and present them to you. Gerard Delofeu and Jesé Rodríguez, the future cracks of the greats of Spanish football.