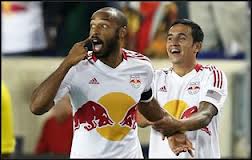 The Spanish government redistributes income of television rights
Rivaldo with here to stay: With 41 years played at Sao Caetano
Oscar García, Olympiakos coach, hospitalized after assault game against PAOK
A fan of Boca attempts suicide after the match between Boca Juniors and River Plate
"If you do not sell me, I break myself crossed"
Terrible kick Müller to Tagliafico, German Apologizes to Argentine networks
The unofficial debut of Kosovo
Thomas Gravesen, from ogre to billionaire in Las Vegas
Johan Cruyff suffers from lung cancer
Five stories and anecdotes that leaves us the European Day