Helenio Herrera, one of the best coaches in history 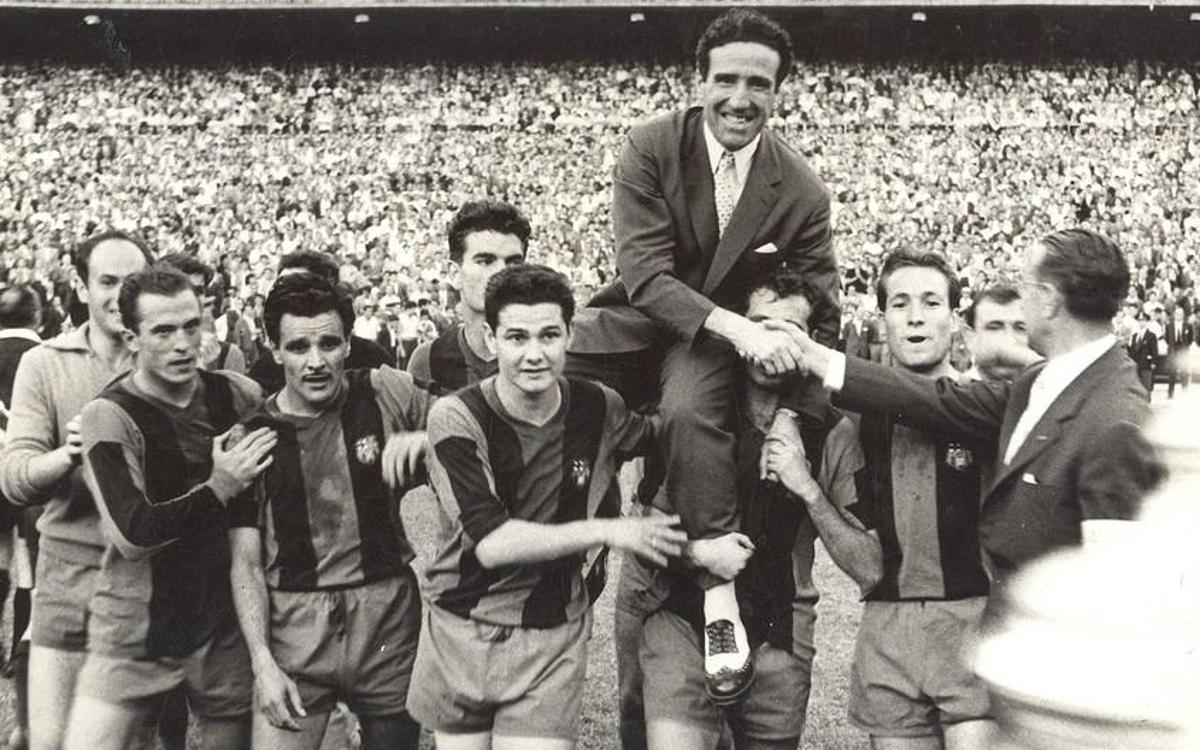 Helenio Herrera, one of the best coaches in history. PHOTO: FC Barcelona

Helenio Herrera he was the first great controversial coach in history. A man without mincing words, controversial, advanced to its time and a revolutionary. Spanish parents, He born in Argentina, raised in Morocco and matured in France, lived its moments of glory in Spain and Italy.

Helenio Herrera He was born 10 April 1910, but also points out that in 1916. Son of Spanish immigrants who had crossed the pond in search of fortune, to the 9 years moved to Morocco, Casablanca specifically where he start playing football.

He developed his career as a player between Morocco and France but did not reach any military equipment in certain relevance, Being the Red Star the best team he played for. According to some biography of Helenio Herrera, He played for the French team made the same federation ruled it does not appear in any of the lists has.

Helenio Herrera, one of the great coaches in football history

The day he hung up his boots began the legend. HH was going to become the coach who was going to change the concept of football. He had a long career as a coach in a career that lasted 36 years and in which he passed through France, Spain, Portugal and Italy, part even of the technical direction of the French selections, Spanish and Italian although he never spoke directly. 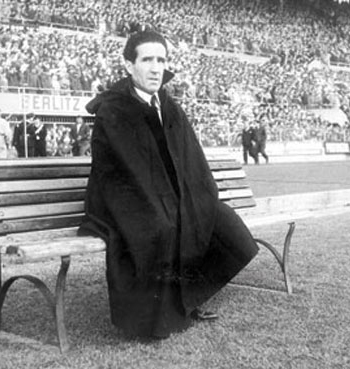 He coached Real Valladolid on, Atletico Madrid, for four seasons, CD Málaga, Deportivo de La Coruna and Sevilla FC, also for four other campaigns. After a brief stint, In the season 1957/58 por la Portuguese League as coach of Os Belenenses, returns to the Spanish League to train for three years, in a first stage, al FC Barcelona.

In 1960 he would reach the top of his career with his arrival at Inter. There HH as it was known, stayed for 8 consecutive seasons with whom he won two European Cups, two Intercontinental Cups and three league titles.

With a solid based on football defensive scheme, The magician’ how it was going to be defined was going to create the figure of the Libero, the stopper and defense to hang below the bar. In short he was a master of “catenaccio“, a new system at that time that is attributed to Nereo Rocco and that it was going to make Inter a highly feared team in the 1960s. After the step interista coached Rome, he returned to Inter in 1973 but now with less success, He passed by Rimini Calcio and returned to Barcelona where he retired in 1981, after more than three decades of occupation. 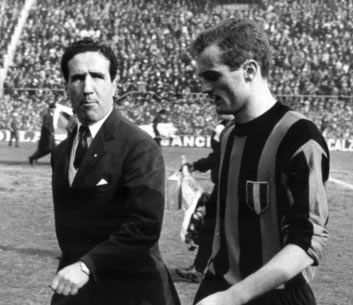 In total the palmar consists of:

Helenio Herrera's light went out on 9 November 1997 a heart attack victim, in the city of the eternal channels, Venice leaving behind its wake and a history negligible. With a strong character and a high ego, H.H left some of the best quotes of football history.

The best phrases of Helenio Herrera

“Pele is a violin; di Stéfano, the entire orchestra.”

"My players are instructed to detail. They can not be wrong. My secret? Professionalism, professionalism, and perfectionism. I do not know if I'm the best in the world, but I know I do everything to be. "

“We won this game without getting off the bus”.

"I've never had differences with any player, Di Stefano and Kubala included. Clear, provided they do what I say

"Di Stefano is the greatest player ever. More than Pele. Di Stéfano plays on defense, in the middle and front in the same match. Pelé plays only front. Di Stefano does everything from him and also what Pele "

“Once a journalist asked me why I run only big teams, Because children can not pay me”.

“Many believe me omnipotent because they say they know everything. That is not true, failure ever met and I'm proud of it”. 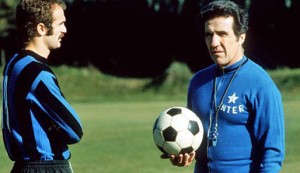 The story of overcoming Amavisca and Zamorano in the season 1994-95
Five things that happened in the world of football 1986
Honduras and Salvador staged war football 1969
Maradona scored the hand of God
The goal of the lame, the Spanish picaresque also in football
that fateful 6 February 1958: Munich tragedy almost destroyed the Manchester United
Toni Jimenez gave a goal to parakeets
Germany vs Germany: when he faced political football and the same country
That famous Karlsruhe 7 - Valencia 0
The goal Plate: the best goal in history