Atlético de Madrid will face Israeli Hapoel Tel Aviv, Czech Viktoria Plzen and Portuguese Academic Coimbra, in group B of the first phase of the Europa League, according to the draw held today at the Grimaldi Forum in Monaco.

Athletic Club de Bilbao will play against the French Olympique de Lyon, the Czech Sparta Prague and the Israeli Hapoel Kyriat, in group I. While Levante will do it against the Dutch Twente, el Hanover 96 German and Swedish Helsingborgs, in group L.

The first day will be played next Thursday 20 September and will conclude with the final of the competition on 15 May 2013 at the Amsterdam Arena. 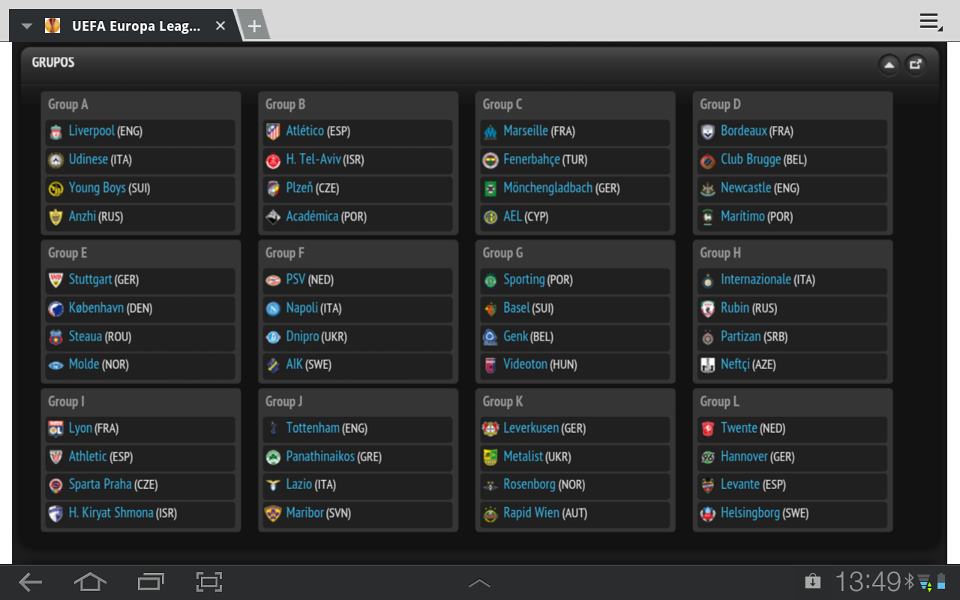