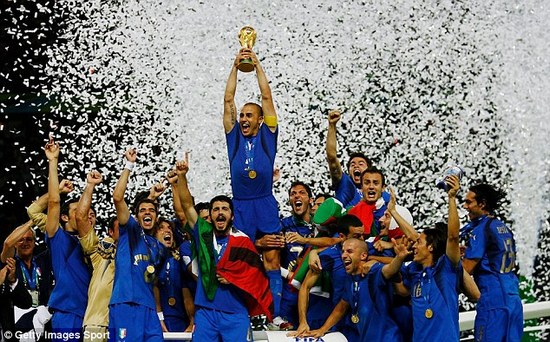 Germany hosted the last World Championship in the Old Continent. It was in the 2006 and was the second time that he did. As in 1974, again the Germans did not fail and offered a spectacular championship with spectacular facilities (He highlighted the creation of the Allianz Arena in Munich and the remodeling of the old Olympic stadium in Berlin) and the highest comfort for both players and viewers. 1280 million invested in infrastructure for a championship that was seen by more than 3000 millions establishing a new record TV ratings.

And participated as total it occurred in previous World 32 teams were divided into eight groups. Between them, all the major powers and some exotic countries like Togo, Trinidad and Tobago and Angola. 32 who staged a hard combined World, full of cards and with little baggage of game where the goal was an exception, converting the tournament in an event of contrasts, fascinating at the organizational level, disappointing in sports. 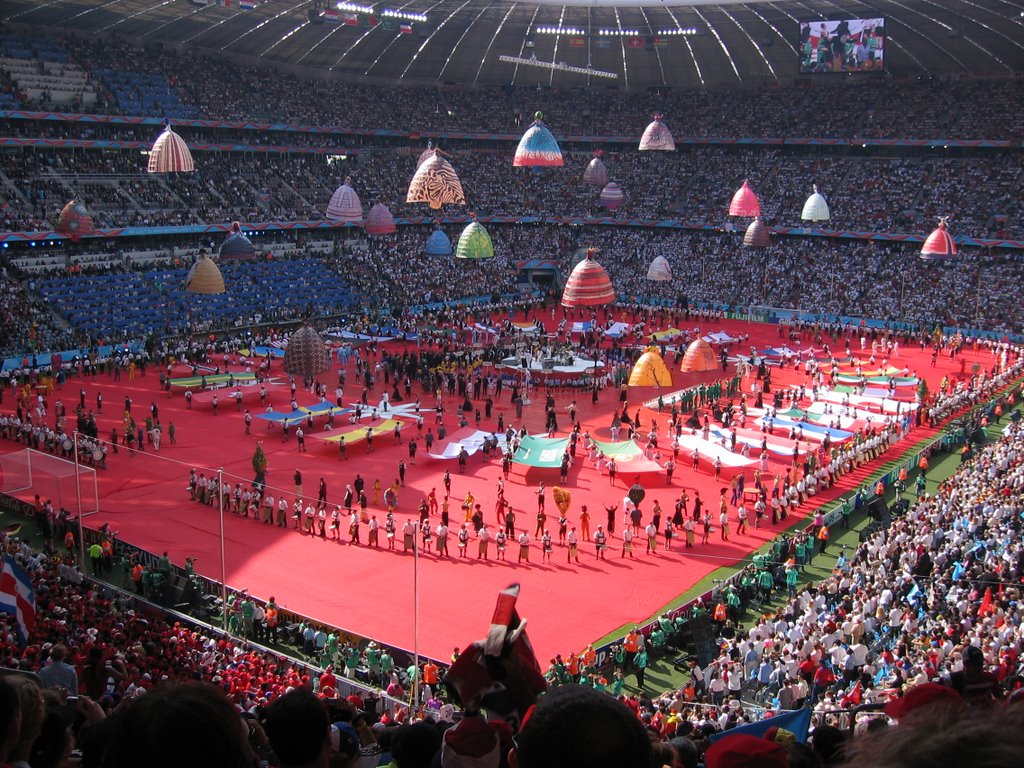 The Allianz Arena was the site of the inauguration.

The group stage just brought surprises. Spain, with a young generation of players fell in love to the world with its overwhelming victory against Ukraine 4-0 warning that the future would be theirs. All great powers passed, some with more surprises than others, like Italy or France, that bound to the second place in their group they had to deal with Spain in the second round in the big match of the second phase.

Precisely, that meeting would mark a turning point in the championship. That Spain exciting and attractive young man with a game high scoring ability was to see France aged surprised by where Zinedine Zidane captained a group which still remained many of the old glories champions 1998.

France beat Spain by 3-1 in eighths.

Was this a great game but not the only brilliant of the eighth. Portugal, with Figo and Ronaldo, would eliminate Portugal 1-0 in a match that will be remembered by 12 yellow and four red cards that Russian Valentin Ivanov showed that a record is still in force. A controversial refereeing decision as lived in Italy 1-Australia 0, where Totti was to transform a penalty in minute 95. Standouts were in this round that Switzerland fell eliminated starring a record curious: he was eliminated in the World penalties without conceding a goal in the tournament.

With most large quartered, the third last round did not disappoint. Portugal knocked England out again in the shootout and Ricardo as savior image and likeness of what happened two years ago at Euro. France won eliminated by 1-0 a disappointing Brazil where the highlight was that Ronaldo became the top scorer in World Cup history with 15 many. Argentina was eliminated by Germany in a penalty shootout with Lehman exciting protagonist (He replaced in goal Khan in one of the most contested decisions). Quietly, Italy thrashed Ukraine 3-0 showing their typical game speculative. 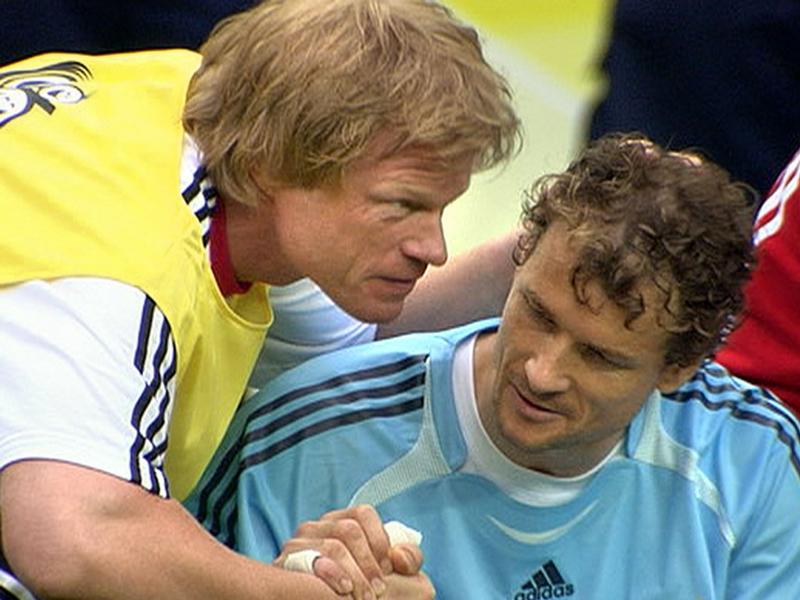 Khan, alternate, He gave a note to Lehman to advise on penalty against Argentina.

The semifinals brought pure excitement. France, Zidane protagonist, he eliminated Portugal for a short 1-0 penalty converted by 5 madridista. Italy won in overtime to Germany 0-2 showing an ambitious offensive image and rarely seen version. So that, the final was served. Italy-France relived the final of Euro 200th year. And they did it with referee Horacio Elizondo witness, Curiously, the same who had opened the World.

The big title game did not disappoint. Zidane scored a Panenka to Buffon seven minutes. Materazzi to 19 tied. As if it were a premonition, both would star in one of the images in the history of the World. In full extension, the French star caused by the transalpine defense would attack with a header Materazzi forcing his expulsion in his final minutes as a professional. 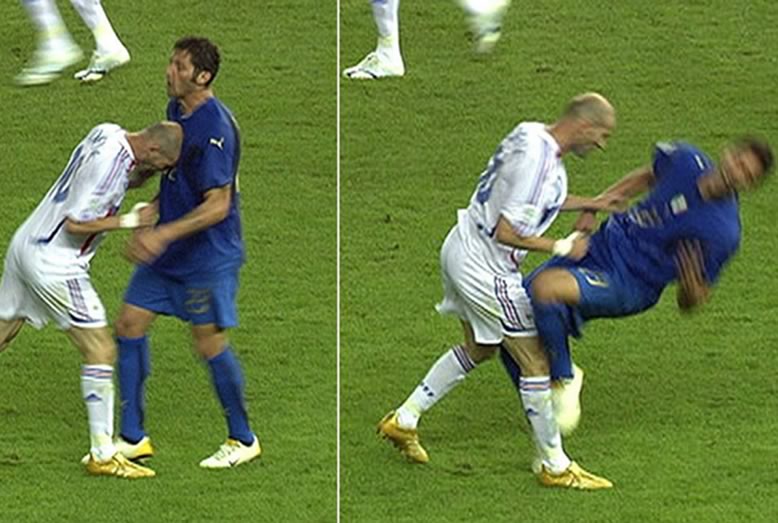 Zidane was sent off for the head.

France with ten men it came to penalties, where Italy Trezeguet took advantage of a failure to be crowned world champion for the fourth time. Italy won, possibly fairly, It was just as well that end up top scorer Klose and Zidane the Golden Ball will be the best player of the tournament, not of the year, Fabio Cannavaro would end up taking him. Perfect example of what the World.

Five parties passed into history
Zaragoza of the magnificent
The biggest farce of football history
Winston Coe, the one-armed archer
Maradona scored the hand of God
Punishment of "Cachirules" Mexico deprived of winning the World 1990
That mythical Sampdoria early 90
Kubala and Di Stefano: the tandem could be possible
Berne final between Barcelona and Benfica marked the end of the square posts
justin Fashanu, the first player who confessed to being homosexual