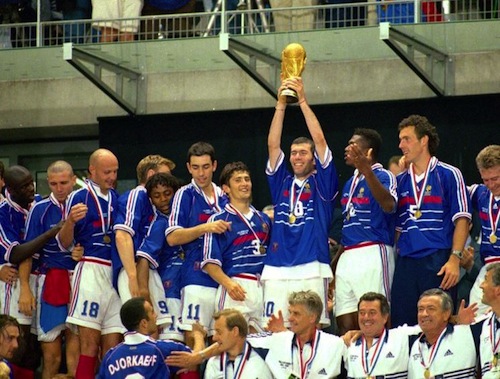 The World Cup in France 1998 It meant the consolidation of France as a world power. The Gauls who had never reached the final of the most important football competition finally tasted the sweetness of success and also at home. They did it because they counted on an extraordinary generation of players like Henry, Small, Vieira, Barthez, Blanc and above all, Zinedine Zidane, the man who established himself at home as one of the best footballers of all time.

It was a modern World Cup, innovative. The emergence of mobile phones and the Internet revolutionized a tournament that for the first time featured 32 selections and that served to give greater representation to Africa and Asia. There was no shortage of important teams beyond Uruguay and Portugal and especially, three were the ones that appeared with the favorite poster. Brazil, with Rivaldo, Ronaldo, Roberto Carlos was the great candidate, but Spain with Kiko, Raul, Iron, Luis Enrique or Morientes also monopolized many glances such as Argentina del Burrito Ortega, Batistuta, Ayala or Verón. 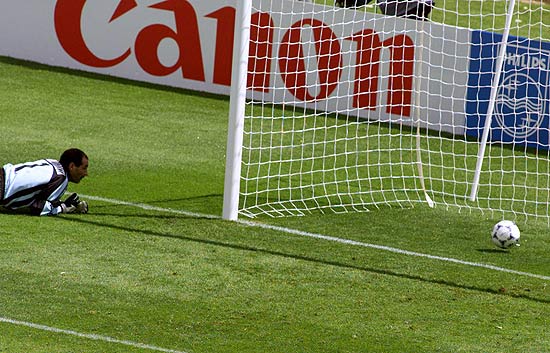 Zubi's blunder against Nigeria marked the beginning of the end for Spain.

The first phase barely presented any surprises except in group D where one of the greats jumped. Clemente's Spain fell to Nigeria in its first match after a massive failure by Andoni Zubizarreta and tied against Paraguay giving up their hopes of going to the second phase.

The round of 16 brought the first strong plates of the tournament. France struggled and wished to eliminate Paraguay. He had to resort to the extension and to that experiment called “Golden Goal” for Blanc to beat José Luis Chilavert for the first and only time. Argentina, he even had a worse time, because he had to settle his duel against England in a spectacular penalty shootout after a draw to 2 at the end of the regulation time in a match that was remembered for the expulsion of David Beckham. 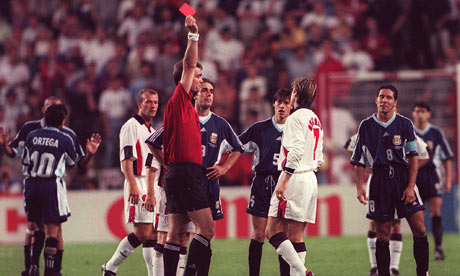 That red against Argentina marked Beckham's career a lot.

France that played with fire the entire tournament was going to open the quarterfinals against Italy. As many suspected, the game was very closed and only the penalties gave the win to the Gauls who entered the semifinals where a new emerging country awaited them: Croatia that had flatly beaten for 3-0 to Matthäus's Germany (who played his fifth World Cup) and it featured a very interesting batch of footballers with Suker in the lead and Prosinecki, To walk, Vlaovic or Stanic as the most faithful squires.

Quietly, The other semifinal was configured by Brazil and the Netherlands. The Brazilians defeated Denmark with great difficulty by 3-2 in the goodbye of Michael Laudrup. The tulips had to resort to the magic of Dennis Bergkamp to leave Argentina in the gutter for a tight 2-1. 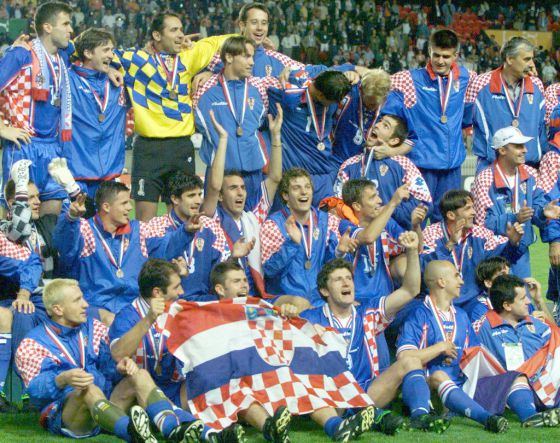 The Croatian generation that reached third place in 1998.

The World Cup in France was not a song for football, rather the defenses prevailed, the tactic and even the toughness. There were 21 yellow in what meant the championship record until then. That football soccer could be seen in the semifinals. France would win 2-1 to Croatia by tracing a 0-1 with two goals from Thuram. Brazil should resort to the penalty shootout to beat the Netherlands and deprive it of fighting for its first World title.

France-Brazil, the final dream was finally going to take place. But nevertheless, what was sold as a great match was going to be a French monologue. Zinedine Zidane, with two goals in the head he was going to seal a spectacular performance that was going to catapult Olympus from football and that was going to help France win 3-0 to an unknown Brazil where Ronaldo (of which time later it was known that he had an epileptic seizure) barely had prominence. 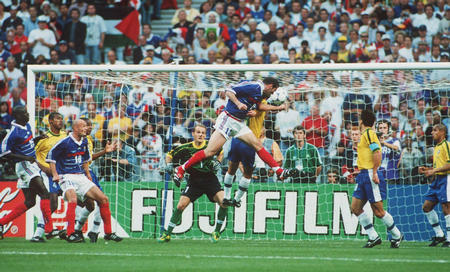 Zidane solved the final with two goals from the head.