The top ten players in the history of Athletic Bilbao

Athletic Bilbao is one of the biggest clubs in Spain. In the top 5 of the best teams in the league historically speaking, It is next to Real Madrid and Barcelona, one of the three teams that played every season since its inception, in the top flight of Spanish football. He has never set foot in their Second Division 115 years of history. their windows, They are also full of titles obtained above, in the first decades of existence of soccer in Spain, where the Athletic Club, It was the greatest team of all the territory. With 8 Suspenders, 23 Cups and 1 Spain Supercup, its existence has another feature, players are always on earth. in Colgados, we present the list of those who are, In our opinion, the top ten players in the history of Athletic Bilbao.

The scorer par excellence. It was one of the best strikers of his time and the Spanish star. Gypsy descent as we tell in our article “Gypsies in football”, It was known as the best head in Europe after Churchill. He was a front dream with another legendary Piru Gainza as, Venancio Panizo and. It marked one of the most important goals in the history of Spanish football. With 251 goals in the league is still the top scorer in the history of Spanish football.

His time was different but clearly was one of the most important pieces in the history of Athletic Bilbao, while a bust of him presiding over the old San Mames and continues in the new. Tradition dictates that the visiting team for the first time in its history, You have to make an offering to the bust of Pichichi, and still respects rajatabla. His figure gives name to the Trophy top scorer in the Spanish League. 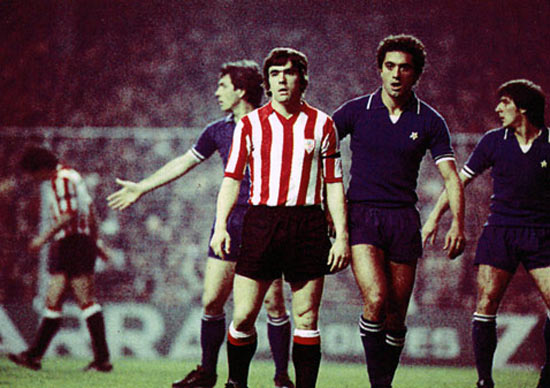 It's with 7 the Athletic Bilbao player with more Cups in history. He played for twenty years in the ranks of Athletic and formed with a front dream Zarra both the Bilbao club and the Spanish national team. They gestated together one of the most important goals of the Spanish football, Zarra the England in the World Cup Brazil 1950. It was also known as the Gamo Dublin.

The Poplar is a myth for the Bilbao box, thanks among other things, their 18 seasons at Atletico and 614 distributed in official matches 446 League matches, 93 the Generalissimo Cup (who won twice) Y 49 the selection. A selection which get win Euro 1964 (of goalkeeper) and which would play the World 1966 and Euro 1968. The best goalkeeper in the club's history.

Lion par excellence, the feeling of 90. His mere presence, He is ruffling thousands of fans throughout Spain especially adolescent female genre that forraban with your photos folders with which they went to school. Out of that, their quality is beyond doubt. With less than twenty years and was a star in the Athletic and internationally to the extent that half of Europe was following. He decided to stay in Bilbao that made him a lifetime contract and was in San Mamés where he retired but not all the honors that should. His last years at the club were not good. Nevertheless, It is one of the best in the history of Los Leones. 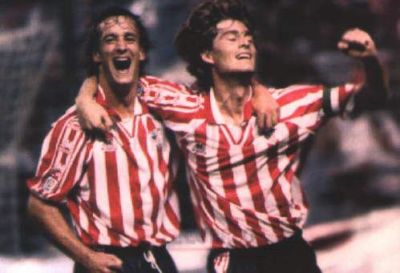 Despite being one of the players who played more games in club history, It was not a product of Lezama. With 17 years, He debuted in the first division in the ranks of the Royal Society. In a swift operation in summer 1995, Athletic was sharp and signed him to their cause. It was from 1995 a 2010 in the ranks of Lions and their involvement it was such that even played his last season for free. One of the icons of recent decades.

Red Txexu played 17 León years in which he played among others, 413 League matches. He debuted in 1965 and he retired in 1982. He played his entire active career in the Athletic where he was also later as coach. He was international with Spain. 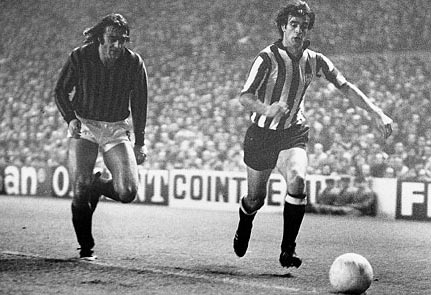 The Urzaiz tank is one of the best strikers remembered in San Mames. Impeccable overlooked, curiously it was formed in the quarry of Real Madrid and went through teams like Albacete, Salamanca or Espanyol although it was Athletic which reached its peak. It was 11 San Mames years where he scored 116 goals in 385 matches. It was a classic choice between the late twentieth century and early twenty-first.

The Lion King, one of the best strikers in recent years and an idol in San Mames until his last season in the club. Llorente was for several seasons the referent of the Basque club but his departure 2013 Free toward the Juventus did not like anything the parish who came to the Cathedral. He spent almost his last year on the bench and the team also suffered. Nevertheless, a reference to the club. 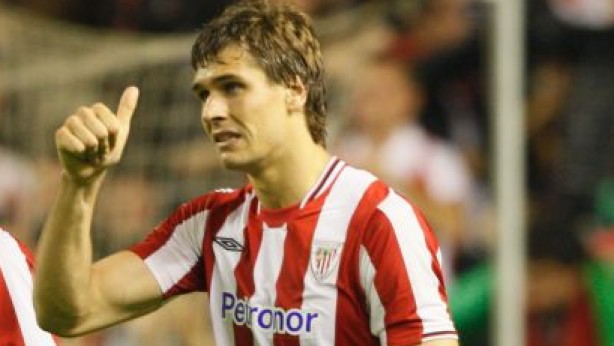 Jose Angel, the "Txopo", Iribar, one of the greats of the goal Athletic

Telmo Zarra: the best head in Europe after Churchill

Best memes of the defeat of Barcelona against Valencia
Adebayo Akinfenwa, "The beast"
Most wanted players online
What it is currently the best goalkeeper in the world?
The best goalkeeper in the history of Spain
Is the future of Valencia presented black?
The biggest football stadiums in the world
The miracle of Iceland, real heroes in your country
Russia 2018, World gatekeepers
The biggest stadiums in Spain