Incredible but true what happened in India League (not in the Superliga India). Was never score a goal as deadly as what happened to Peter Biaksagzuala midfielder Bethlehem Vengthlang of that Indian league. The player after scoring a goal and in the moment of adrenaline and euphoria, He decided to hold its both giving several acrobatic somersaults. Bad luck would have it in action, the player fell breaking his neck.

Player 23 years, who had scored the goal of his team's draw, He was unconscious and seriously injured by what was rushed to a hospital where he remained in critical condition for nearly a week until finishing died after failing to overcome the serious injury that produjó.

many players, especially African, They have chosen over the years for this type of celebrations. Obafemi Martin, Former Inter player, Newcastle or Levante among others, He was one of those who made this celebration usual as spectacular as dangerous as we have seen. Unfortunately, It is not the first caused death on a lawn but certainly, It draws attention to the so weird how absurd by as has occurred. 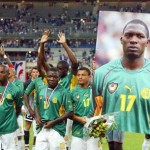 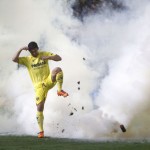 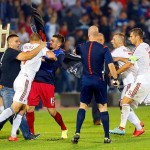 One thought on “India dies player celebrating a goal”