The Brazilian League is gradually gaining prominence in the last. In a country where soccer is lived as a religion, and the national team is the absolute football reference, the “brazilian” begins to establish itself as the best league in South America and one of the best in the world (not in vain the International Federation of Football History and Statistics has named it in 2011 the third on the planet).

Three events have notably influenced this boom in Brazilian club football. First, the economic awakening of a planetary giant like Brazil, that has started to develop a strong and powerful economy, that allows the clubs themselves to have at their disposal large amounts of money to invest in players.

The second aspect, closely related to the previous, is the fact, that the country's traditional rising stars no longer urgently need to leave Brazil. Brazilian teams can afford to keep their young figures and pay them high chips. In the case of Neymar, Ganso and many other players who in other times would have gone to the first exchange.

Along with this, they also attract old soccer glories, that although they no longer have the level of their best moments, if they manage to attract the viewer thanks to the hook and popularity they enjoy ( Ronaldinho case, Vágner Love, Luis Fabiano the Seedorf).

The third reason for this rise is the remodeling of the stadiums and the passion of the Brazilian fans. With the World Cup 2014 and the Olympics of 2016 to the doors, The country is making an enormous effort to ensure that all the facilities are perfectly equipped and accommodated for some fans., who live football like nowhere else in the world is done. Gone are the years 80 Y 90, where fans went to unsafe stadiums and where violence in the stands was our daily bread.

Another fact that makes possible the rebirth of Brazilian football is the organization of the League. After years of searching for a suitable format, in 2003 seemed to hit the key. The traditional play-offs and the mythical “octagonal” that brought together the eight best, and a league of 22 teams playing two rounds of 21 days to complete in total 42 meetings, where the team with the most points would be the winner of the League. An embryo identical to the one used today, with the only exception that currently the league is made up of only 20 teams.

From those 20 sets, the first four go to the Copa Libertadores, while from the 5th to the 11th they dispute the South American Cup. The last four go down to Serie B of Brazilian soccer. One of the characteristic notes of the tournament is the prohibition of hiring more than 3 foreign players, measure that serves to promote Brazilian talent.

Next to “brazilian” It is also worth mentioning two championships of enormous tradition in Brazil, the São Paulo championship ( that included the teams from Saö Paulo) and the carioca, that brings together the sets of Rio de Janeiro. Two tournaments, that with the rise of the Brazilian League have gone into the background, but in any case, continue to enjoy the prestige of the favor of the “wick”. 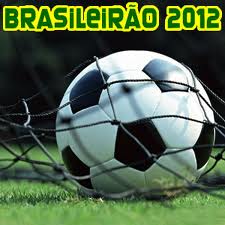 Traditionally, In Brazil, the sale of television rights was carried out by the Club de los 13, where the best teams in the country were integrated. Thus, the Rede TV chain bought for 937 million dollars the rights for the seasons 2012, 2013 Y 2014. But nevertheless, various member clubs of this group, have recently requested individual negotiations to get more income separately. This is the case of Corinthians, Botafogo or Flamingo, who seek a much greater source of income through the O'Globo chain. 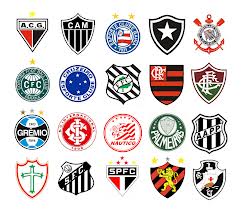 In Brazil, talking about favorites tends to become a small lottery. The number of young talents coming out of the small categories of the clubs annually, make the future of the championship unpredictable. However, the Saints of Neymar and Ganso, is one of the teams to consider, together with Atlético Mineiro, that with Jô and Ronaldinho they form a lethal striker full of wit.

Fluminense and Vasco de Gama are another of the teams to consider due to their enormous regularity in recent years.