If her 100 millions of euros, Why say that Gareth Bale has cost 91?

One of the most striking events in recent years in the Spanish television scene is the constant manipulation and lies to which viewers are subjected. The media has become a perfect instrument to gauge people's opinion and change public opinion, if it really exists, as the great French sociologist Pierre Bourdieu once pointed out.

Apart from alarming unemployment data that are hidden (like every month that passes there are less social security contributors), of zero growth or the magnification of non-existent problems (Gibraltar) in order to mislead people's attention, one of the news that has stirred the most in recent days is the signing of Gareth Bale.

The Welsh player has finally been transferred to Real Madrid in exchange for 100 millions of euros, record figure in the world of football and which far exceeds the 97 million euros paid by Cristiano Ronaldo in his day. But nevertheless, the most surprising thing is that both national newspapers and the white club itself talk about 91 millions, no 100. 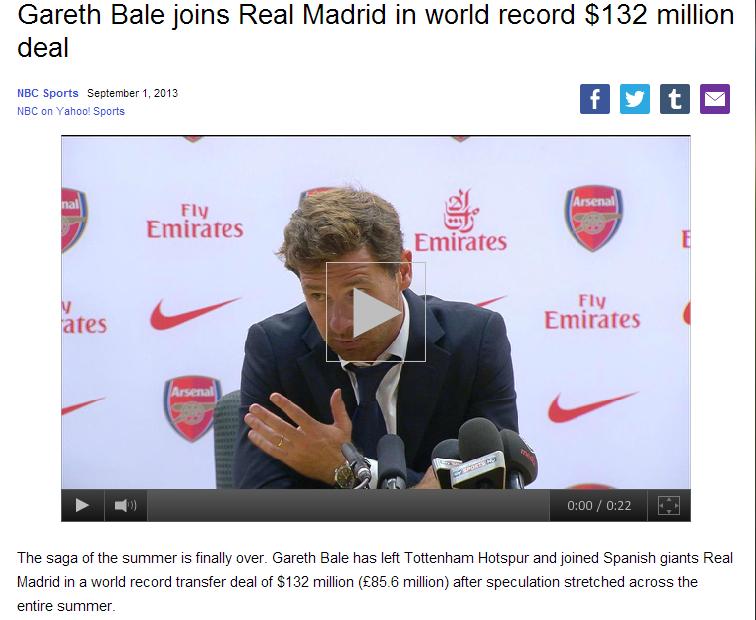 Of course, be it a figure or another, it hardly matters because it is outrageous but it is curious that the quantity is maliciously lowered. Worldwide, in all the media on the planet the amount of 85, 2 million pounds or 132 millions of dollars. Not here, here in Spain people talk about 91. And because?

Very simple. First, so as not to impact Spanish society with a three-digit transfer in a very difficult socio-economic situation. Second to please Cristiano and not make him feel more “sad” yet. Third, so as not to use arrogance and economic power from a club always in the eye of the hurricane, no longer before the Spanish but before Europe, that could be considered at once to establish financial fair-play. 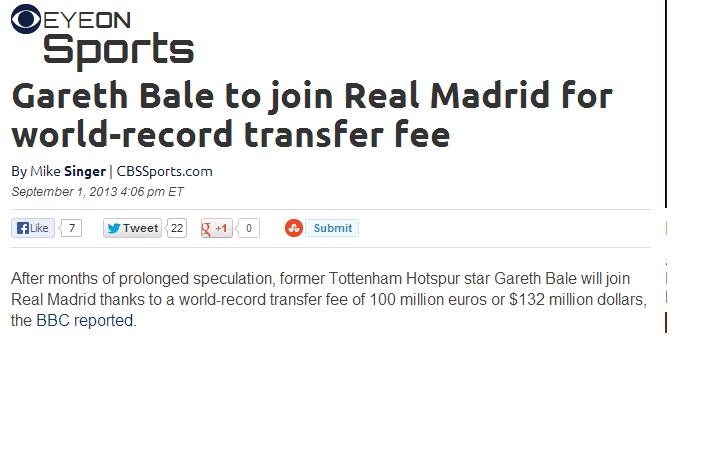 And fourth and last, to heal in health before a possible failure of Bale. Player, on the other hand and everything is said, very good and it's hardly to blame for what's happening. But everything is no reason to lie. 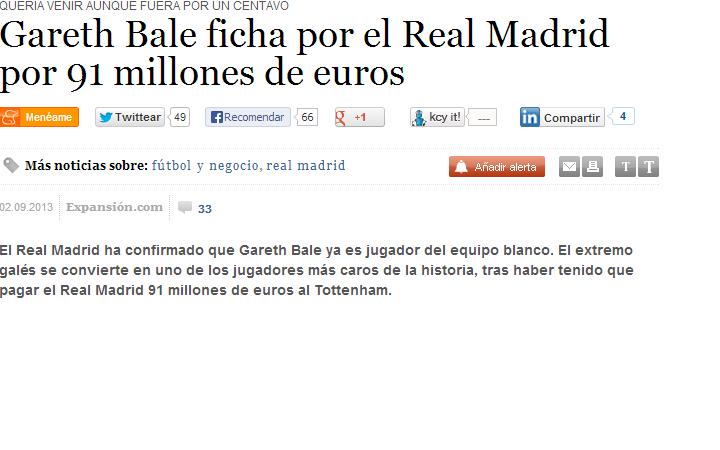 The nicknames of the players

The comparative, in numbers, between Vinicius and Ansu Fati

Jude Bellingham, the pearl of Dortmund that is surprising Europe

The worst signings in the history of Betis

Find out why TAFAD is succeeding among young athletes