The best strikers duos in the history 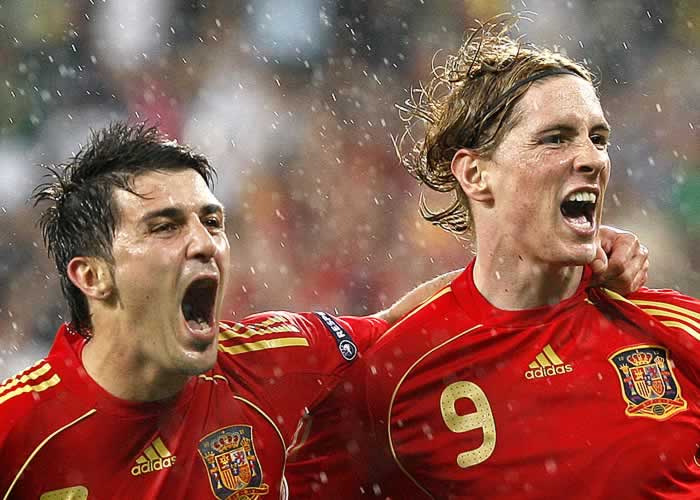 Torres and Villa made a great duo of strikers in spanish team. PHOTO: AS

Every football fan likes to remember his favourite collaboration in football. There have been many remarkable duos and trios in the world of football.

Older fans will always remember the unforgettable cooperation of Dwight Yorke and Andy Cole in the Manchester United jersey. Some United fans that are younger will definitely remember iconic Wayne Rooney and Ruud van Nistelroy force. Those were proper goal machines, but also great assist. In modern football it is much harder to see such a wonderful cooperation such as those. Money started to fuel modern football and all players want to reach high goal scoring numbers, thus rather optioning for a shot at a goal then an assist.

If we move away from England to Spain, there is one more legendary cooperation, and that is the one of David Villa and Fernando Torres. They managed to play such easy flowing attacking football and have pushed Spain twice European Championship title and World Cup title in 2010. To read the full list of best football strikers please visit InsideSport.

Chelsea 5: Manchester 4: another great game in Capitan One Cup
A new brace from Messi leads Barca to glory
Guti could get his chance as a coach in Primera Division
John Terry receives a T-shirt Benitez Di Matteo
Athletic 1- Real Madrid 2: the curse of winning the derby continues 14 years later by Di Maria
Why not equilibrate categories in youth football?
Summary of the sixth round of the Champions
Alejandro Arribas chilling injury in the Pumas Cruz Azul-Liga MX
A group of masked men attacked the hotel in Valencia Juventus
Precedents of the Spain-Chile in the history of the World Cup