Linares captain dies after accident at the gym

Life is volatile, you can change in a minute for better or worse. You can make plans or think about your future but maybe all that fades in seconds. It also seems that chance is so capricious as macabre and sometimes difficult things happen to understand how the death of Fran Carles, Linares Deportivo captain. The player died Friday 8 July 2016 to the 26 years after multiple organ failure resulting from a spill caused by a blow.

Apparently, Carles Fran was in a gym in a hotel in Malaga where he was on vacation when he had an accident when struck accidentally with a dumbbell in one of his thighs, something that did not give more importance. But nevertheless, 3 days after, He began to feel ill, with strong dizziness and had to go to the emergency. Carles had broken a thigh muscle and suffered spill had spread to vital organs, including the kidneys. Despite emergency surgery, has ended up dying the 8 of July.

his club, Deportivo Linares who was captain, He dedicated this emotional letter to his player. 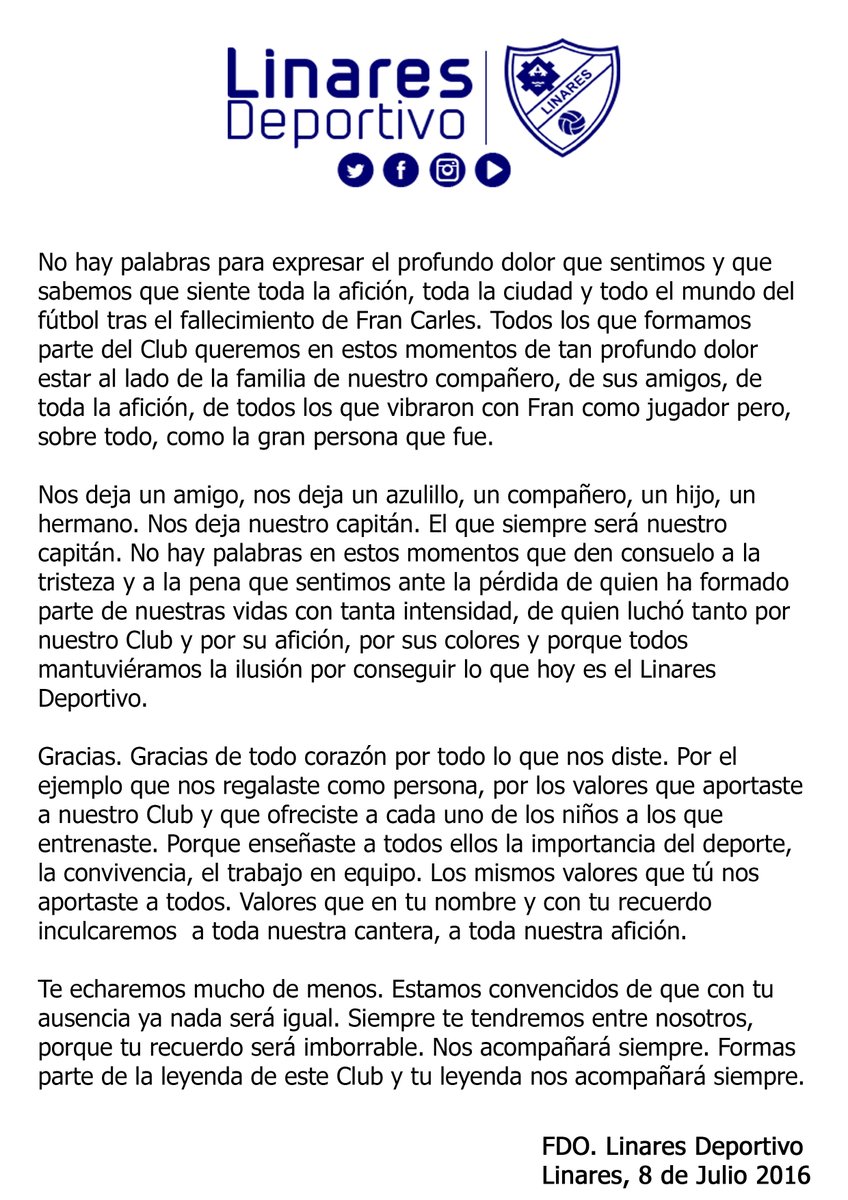 One thought on “Linares captain dies after accident at the gym”