The World Cup in Brazil while making the fight for the world crown 32 selections will assess new trends afflicting the world of football. One of the most obvious is the progressive aging of players and goalkeepers. For this purpose, in Colgados for football, We propose today a curious question: What generation is better, twentysomething-led or thirtysomething?

If we look at the age of players, we see that in Brazil many of the big stars will not pass the 30 years. Messi, Ronaldo, Neymar, Hazard will be at its peak without stepping thirties. Even, there will be many, barely exceed 25 Jordi Alba years, Courtois o Hazard, to represent the future.

No one escapes traditionally the best age to play football has been going the range of 25 a 28/29 years. Maturity, speed, explosiveness and experience combine with hunger and enthusiasm. A difficult cocktail to stand up as we saw in the explendor Pele, Maradona, Cruyff and Zidane. 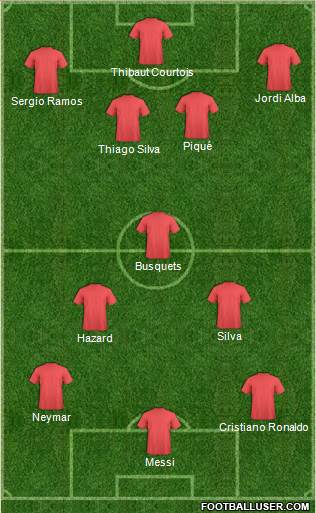 But nevertheless, despite this age group seems perfect to play at the highest level and perform in the best possible way, There is no doubt that more and more longevity in football careers and what is most important, longevity associated with success and stay on top. Suffice see those thirtysomething as Pirlo, Xavi, Xabi Alonso, Van Persie o Iniesta (that will 30 in June) to realize that old rockers never die not only, but they are more alive than ever.

better food, more planned workouts, greater professionalism or simply human evolution, the truth is that if we had to choose a twentysomething and thirtysomething eleven in Brazil would have a lot of doubts about what would be the best choice. Because while Messi and Cristiano are two players on the sidelines, The truth is that outside of those two, things are very tight. 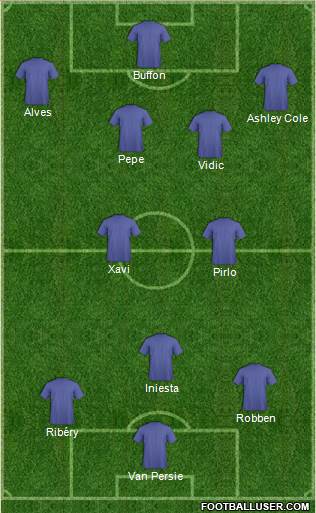 in goal, Courtois represents the new breed of goalkeepers which could also include De Gea. But against this, They are the Buffon, Reina, Casillas. new con 28 years, It would be in an intermediate zone with Hugo Lloris. In defence, the same happens. Thirtysomething at the highest level there are many very good. lame, Alves, Pepe and Cole are just a few examples that might fight with Ramos, Thiago Silva (meet in September 30) or Jordi Alba.

In the midfield it is where touch football and possession seems to be more accessible to the past of 30. Pirlo, Xavi, Xabi Alonso, Iniesta are not afraid of time and still retain spectacular technical qualities that allows them to perform at peak level. The same, it can be said in the frontcourt, where Villa, Klose, Tévez or Van Persie could form a lethal group of thirtysomething.