The salary cap for Santander League and the League 1,2,3

Laliga made official salary cap that will have teams competing in two official competitions, Santander League and the League 1,2,3. The table top flight of Spanish football left as always clear the enormous differences between the two and the rest, especially with the newly promoted. An inequality that also note (although less) in the second category of Spanish football where demoted start with wage advantage over the rest.

Other teams like Huesca and Rayo just have 30 millions, Alaves, Girona and Getafe will have less than 50 millions of euros. While between 5th and 100 We find millions Levante, Leganés, Celtic, Betis, Athletic, Real Sociedad and the entire middle class of the league. 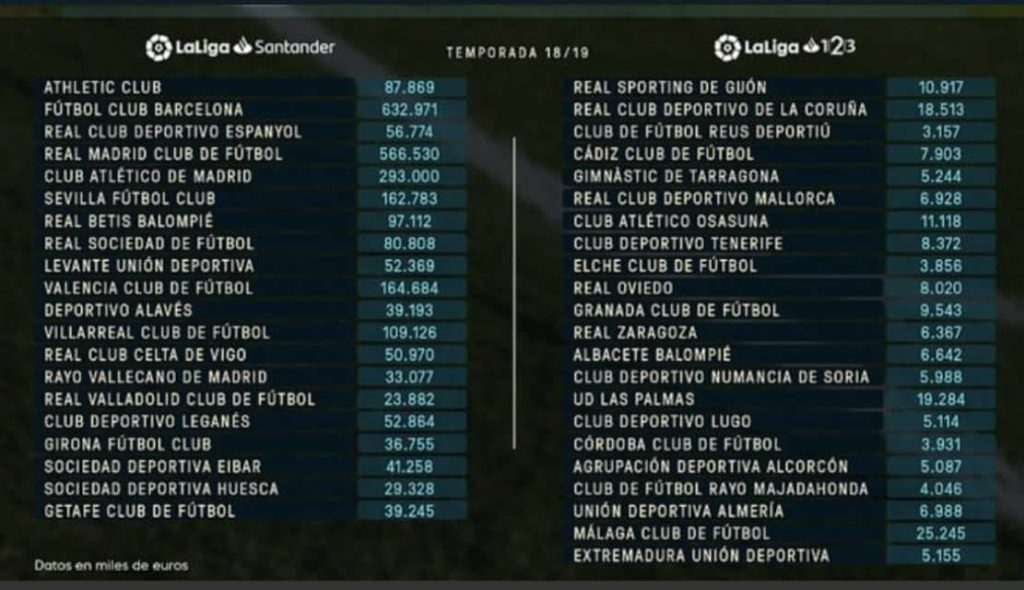 In the league 1,2,3 Malaga compete with a salary cap in First would be the second lowest but at second will be the highest so far the Muniz, will compete more resource advantage. Depor have some 18 while Las Palmas will 19. Sporting 11 and the other teams will range between 3 and 9 million making clear the remarkable economic difference between being in first and second.