Where do the day 4 Champions League? The conference takes place between days 3 Y 4 November 2015. Three of the five Spanish teams will open the day's biggest club competition in the world to be held at the usual time in Europe (20:45) less for obvious reasons away, Astana-Atletico Madrid starting at 16:00 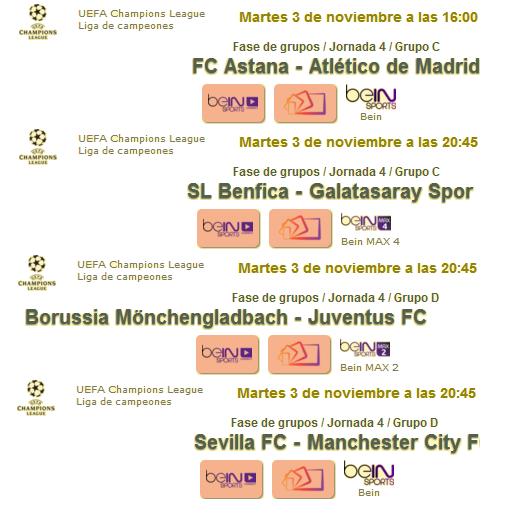 A priori, Atletico Madrid is the favorite against Astana although the cold with the colchoneros are in the former Soviet republic although the stadium is closed, it can be a handicap for Cholo. Artificial turf, an area where they are not used to playing can also cause tricks. The other favorites are the Benfica, Juventus and City to visit a Pizjuan does not appear this year the strength of yesteryear. 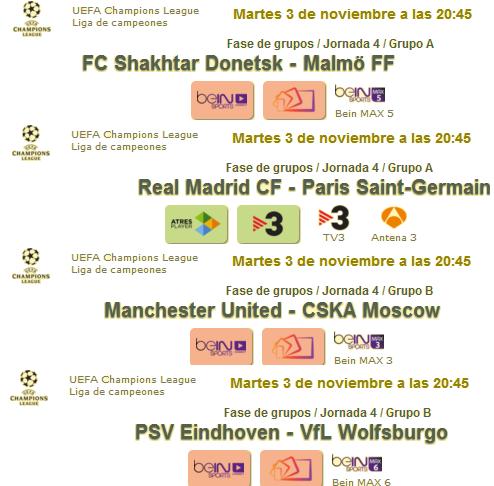 The rest of the day on Tuesday 3 November brings us the only party that can be seen open in Spain, The Real Madrid-where white and Parisians PSG will play the second assault after the disappointing match played in Paris two weeks ago.