Madrid is now the city of champions 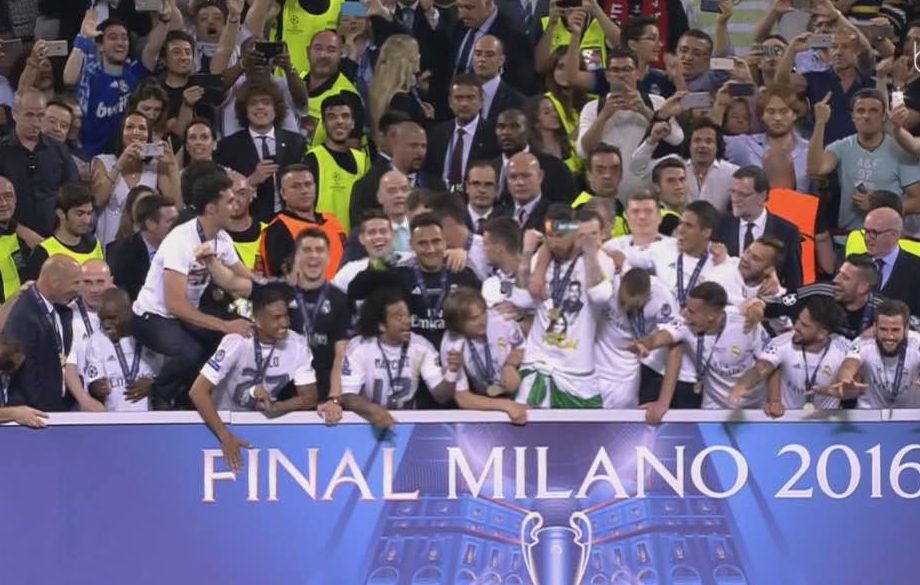 Madrid beats Milan as the city with most Champions in history. With the victory of Real Madrid in Milan, the city of Madrid add the eleventh Champions. As I have another article, Milan was tied with Madrid 10 Champions. With the new Madrid final between Atletico and Real Madrid, Madrid gets the Champions hegemony with a tough final, Ironically, precisely in Milan.

AC Milan 7 European Cup or Champions Inter Milan with 3 contribute 10 titles to the city of fashion. Real Madrid after winning again, this time on penalties, Atletico Madrid after playing the second final between Madrid in two years, sum 11.

Atletico Madrid lost again in Milan final, It is not the first but already the third. This time on penalties, in 2014 in the minute 93 They tied them to a party that had recorded and cruelly lost in the 70. In 1974, the mattress brushed the "romaine" with finger points. In the end, disputed in Brussels against Bayern Munich, Atletico went from glory to hell in a few minutes.

The game ended goalless but six minutes from the end of extra time, the Sage of Hortaleza, Don Luis Aragones, he scored a goal kick. When all seemed won, in the last minute of the match, Bayern tied in a play which left a legend how he lost the final of the European Cup 74 Atletico Madrid.

Very unlucky for colchoneros that sooner or later, certainly add some romaine get this curious palmares, luck may not always be elusive for a set, used to fall and rise. And we hope in Colgados tell the tale as ever.

The best memes Barcelona's defeat against Juventus
Neymar : Did you find the new Pele Brazil?
Extremadura that played in First Division
Valencia, a machine to grind coaches in the XXI century
Spain proclaims champion of Europe sub 21 beating Italy 4-2 with three goals from Thiago
Spanish teams who played in Europe ever
Teruel also exists in the world of football
What about football in Palencia?
The biggest stadiums in Mexico
Trailers of FIFA from 1994 a 2018