Posted By: Alberto LlopisIn: anecdotes, Made in Colgados, NewsNo Comments 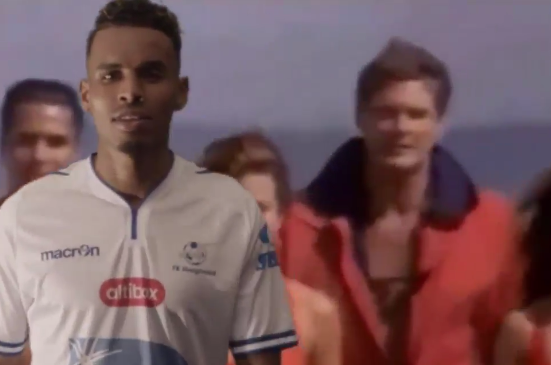 The modern world no longer understood or sentimentality classic. Many football clubs have been able to dive headfirst into fashion Pokémon Go to attract the attention of more followers while others make long 20.000 km to make a preseason. However in Norwegian Haugesund FK he has gone a step further and mounting a little home, He has decided to present its players with the vigilantes mythical beach. So we can see the players with the mythical Pamela Anderson and company. The result is more than questionable but it is at least curious.

Paterna, factory side to left-handers
Mythical former Valencia will play another World Cup, the one with 'footgolf'
The worst defenses in the history of the Spanish Primera Division
The first images of FIFA 16
David Beckham put an end to his time in LA Galaxy
Follow live the draw for Copa del Rey
Footballers unemployed: The crisis also comes to football
The oldest clubs in the world
Edgar Davids: the "Pitbull"
Colgadosporelfutbol.com was present at the awards ceremony of lasprovincias.es