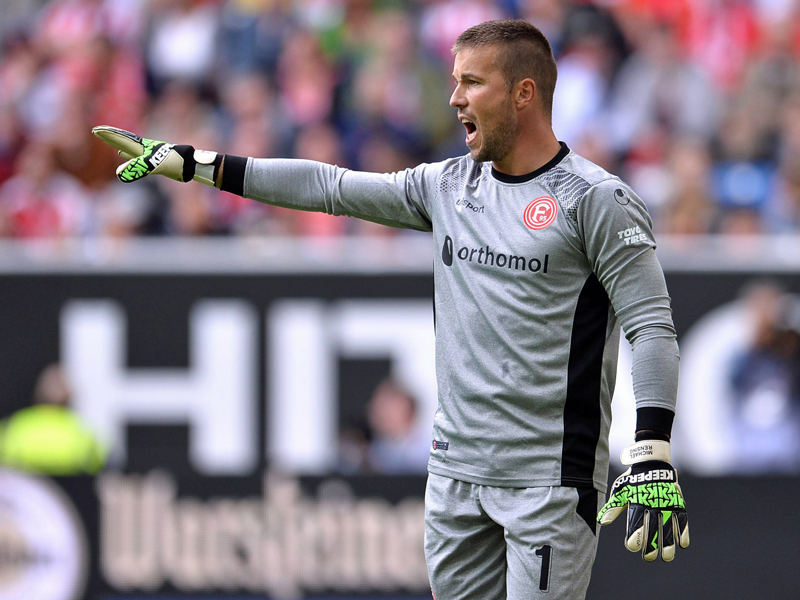 They say that to be a goalkeeper you have to be a little crazy and made of a special paste and also have great patience. think that Michael Rensing, German goalkeeper 34 years, raised in the quarry of Bayern of Munich and currently Fortuna Dusseldorf who holds a record for the most negative. It has not stopped a penalty in his entire career in the Bundesliga.

The goalkeeper has passed through the goalposts Bayern, Colonia, Bayer Leverkusen and Fortuna and has played a total of 114 parties where they have launched 20 penalties and not been able to cut any. A record held Sepp Maier legendary German goalkeeper, who stopped the first penalty in the shoot number 21.

According to the web Transfermarkt they have launched 43 penalties in his career and have gotten 38 so the only 5 they did not bring him, were 4 at lower levels and 1 in German Cup. One terrible statistic certainly. We'll see if from 21 Get reach its goal of stopping his first penalty in the top flight of German football.

Third team just playing with dorsal painted T-shirts with pen
Erik Exposito scores an Balaídos 90 years after his great-grandfather did
The player who appeared in all FIFA from 1996 until 2017
Ten things that happened in the world of football in the 2000
John Carew, killer of the area to film actor
Spain breaks the curse of the day 13
Andres Iniesta, best Playmaker of the Year
Ricardo Kaka is worth all together Borussia Dortmund
Jonas Gutierrez saves Newcastle after beating cancer
Indonesian goalkeeper dies league after a crash