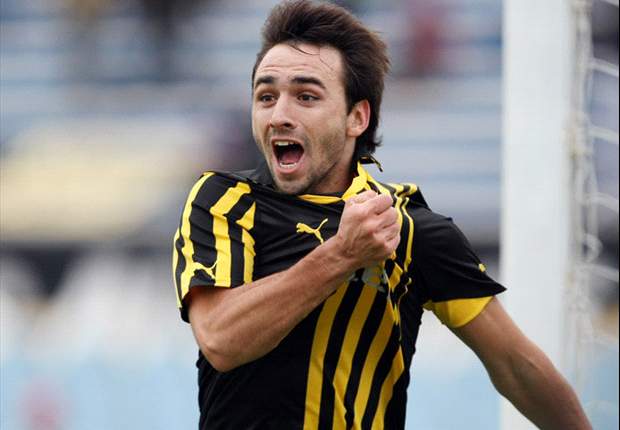 For a while he switched the ball by a layer. And is that the Uruguayan footballer former teams like Boca Juniors and Peñarol, Emiliano Albin, He became a hero after thwarting a robbery in the Uruguayan city of Sauce. That's what showed images from the security camera entering a jewelry store where the facts occurred. In the same can be seen as an individual motorcycle enters the establishment and runs with spoil.

The biker with helmet, He stopped at the door of jewelry, He came in and took a portfolio after assaulting a woman, Local customer. In the video shows the subject tried out with the stolen and climbs into the bike. Seconds later the woman comes out to try to stop terror. Just at the moment in which the protagonist of the story, Emiliano Albín walks past, notes the action, It is pouncing on the offender and pulls the bike. The footballer has a gym close of trade where the events occurred.

The offender managed to escape on his motorcycle but without the loot leaving empty-handed after a failed attempt to Albín not hesitate to put his life in danger to defend citizens who were being assaulted.

The owner gives a sporty Leicester 125.000 euros to each player
Chelsea defeats Arsenal 1-2 with goals from Torres and Mata
Best memes of the defeat of Barcelona against Malaga
Soccer players' Christmas
Villareal, the street to the first exchange
Real Madrid beats Rayo by 0-2
Costa Rica asked to repeat the football game-snow held in United States
Michu: The feel of the Premier
Andreas Brehme, world champion clean bathrooms
Wayne Rooney could leave Manchester United and join Chelsea