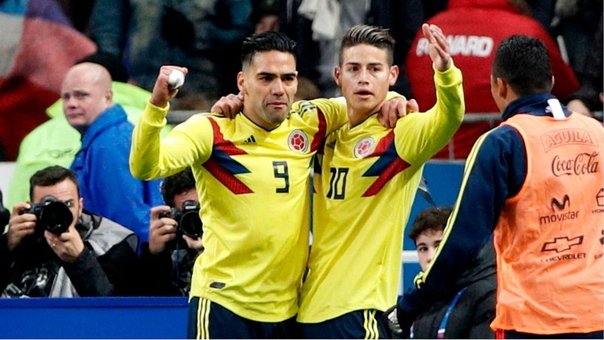 Straight end of national teams to prepare for the next World Russia. Round of friendlies between teams from around the world with results for all tastes. But nevertheless, what has attracted most attention has been full of victories against teams of America teams in Europe.

Argentina beat Italy 2-0. The same result was achieved by Uruguay against the Czech Republic and Peru against Croatia. Brazil went further and managed to endorse a forceful 3-0 the hosts of the next World Championship, Russia. Same result of the Mexico-Iceland which showed Mexicans coming strong against a team that has been the great feeling of classification. Costa Rica was able to overcome the minimum Scotland (1-0) and finally, but not less important, Colombia achieved a historic victory by defeating France in their own home. In summary, America has endorsed an overwhelming 7-0 Europe in these friendlies.

Europeans will have to put the batteries if you want to do well in the World Cup. It is clear that American selections come stomping and they will not make it easy, Rather the complete opposite.

FIFA sanctions the RFEF Villar
Ebola in the world of football
The timing of the Santander League 2019-20
The Atalanta, the goal-scoring machine that threatens PSG
Madness also applies to football in Paris
Victor Valdes launches an app to link
José Luis Nuñez dies, mythical Barcelona president
Real Madrid and Barcelona will play the League and move to the Cup final in 5 days
US ties to Mexican soccer player Rafa Marquez with drug trafficking
Barcelona lost their first league match against Real Sociedad