The most expensive signings in the history of Hercules

Posted By: Rafa drankIn: Made in ColgadosNo Comments 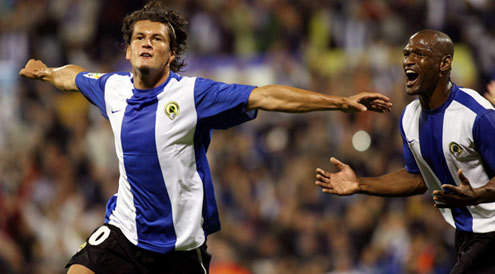 Valdez is one of the most famous and expensive signings in the history of Hercules. Photo: Paraguay.com

Hercules Alicante is a historic club in Spanish football with the not inconsiderable figure of 20 seasons in the First Division and more than doubled in Second. This, Alicante makes the club one of the classics of our football. His best historical classification was in the seventies, particularly in the season 74-75 where alicantinos got a 5th place in the top flight. Hercules was trained by an old acquaintance of Spanish football, He is known as "Brujo de Arteixo", Arsenio Iglesias. Today in particular we remember those who are, the most expensive signings in the history of Hercules.

Season 96-97, the remembered as League of stars. Hercules, after ten seasons away from the First Division, back to the top flight of football. Pablo Morant was an Argentine soccer player from the Gimnasia y Esgrima where highlighted as a central defender. In your resume, 148 parties for 6 long periods where he had scored 17 goals. Hercules chaired by Aniceto Benito, payment 100 milllones pesetas by taking their services. The player did not work in Alicante. Just he played with Hercules 9 parties being one of the great fiascos of this disappointing season and abandoning all Alicante with the arrival of the winter market. Pablo Morant today is Argentina coach.

Second division 2005-2006, Hercules after 6 2B seasons returned to the silver division. Its priced at € 300,000 signing was the first transfer paid by the Hercules from the nineties after a long journey through the desert 2B. It was bought Sporting Gijon which was a reference in midfield. In Alicante it did not work and their performance was far from previous seasons in Gijon.

Schiavi was in Alicante just 11 months despite being a media signing for Hercules Second Division. For his signing, Hercules paid Boca Juniors around 300.000 euros. Late 2006, Schiavi went with the letter of freedom in the pocket of Porto Alegre Gremio. 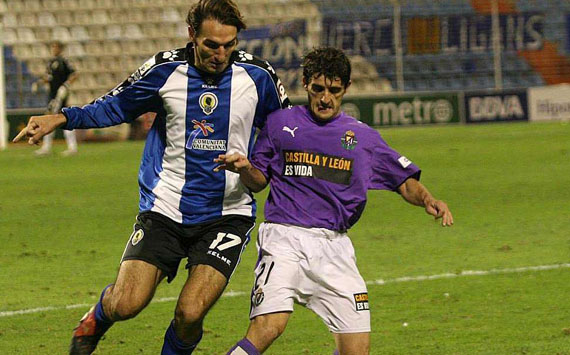 Rolando Schiavi had a fleeting passage by Alicante and the League.

The Hercules 2007-2008 It was done with the services of Panamanian striker who had dazzled in the Libertadores Cup being the top scorer of the competition with 8 many. The expectation was high in Alicante with his move and was the cornerstone of a project dreamed of returning to the First Division. The technical secretariat of Hercules was occupied by Javier Subirats. Hercules did not hesitate to disburse 1,1 million for the 50% of property rights on the player. A few months later with the arrival of the winter market Blas Perez was transferred to Tigres of Mexico. It was not bad business for Hercules took performance operation (About a million euros profit). In the Spanish Second Division with Hercules played a total of 16 parties and made 4 goals.

Season 2010-2011, Hercules had returned to First and announced with great fanfare the signing Paraguay striker Borussia Dortmund from. For the story will debut with alicantinos in scoring two goals in the Nou Camp which involved the first defeat of F.C. Barcelona of Guardiola was in their stadium. With two goals from Paraguayan, Hercules won 0-2. His transfer to Hercules was valued at just under 4 million and signed by 3 seasons but only one of them fulfilled since after the demotion was sold to Rubin Kazan Russian 5 millions of euros.

Colombian international. Hercules Alicante took the 50% the rights of Abel Aguilar in summer 2010 after paying 1,5 Udinese million euros and the player signed a four-year contract. Previously Abel Aguilar had won the award for best midfielder of Second Division of Spain In the season 2008-2009. In the first two campaigns, the first one in La Liga, The midfielder played in Alicante. The season 2012-13, the Alicante club gave it to Deportivo La Coruna is one of the most important players in the coruñés set. His record of close to 700.000 inasumible euros was for Hercules in the second division which led to the termination of contract and his move to Toulouse. 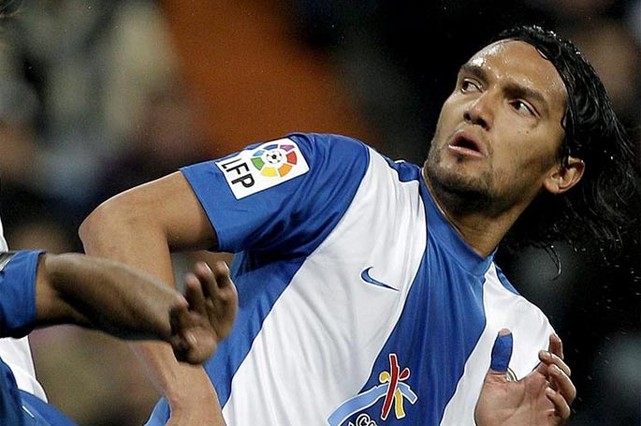 Tahiti, the Cinderella of the group of Spain in the Confederations Cup
The "British Home Championship", Four Nations Football
El FIFA 16 promises to revolutionize football video games
African footballers who landed in Argentine football
The best and worst of the Serie A: Season review 2013-14
The most ridiculous clauses football history
The Battle of Santiago was the toughest match ever
The best players in Italian history
SD Huesca gets a historical rise and joins the rebellion modest in La Liga
Top Five classic Mexican soccer