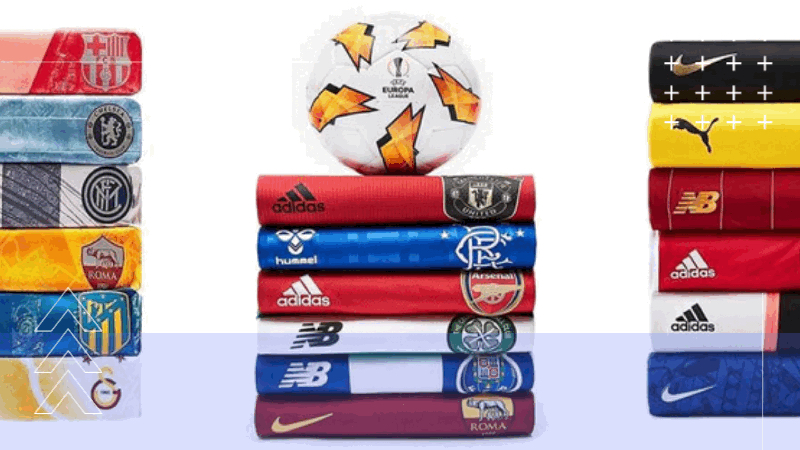 In the years 80, Real Madrid won a lot of football fans for their continuous heroic deeds at the Santiago Bernabeu. Supported and led by a man of the character of Juan Gómez “Juanito”, There were many rivals who fell to the magic of the white stage confident to maintain placida obtained advantage in the first leg.

Race, belief, spirit, fight, delivery and perfect communion between players and fans made the fright of opposites is dubbed him just inside the enclosure merengue. And is that “Ninety minuti at the Bernabeu are molto longo”. Perhaps this is why, Colgados today by the Football reviewed the great comebacks white in Europe and the Decalogue which served instruction manual to get them. Do not lose eye.

The first big comeback historic Real Madrid came against Derby County in the second round of the European Cup 1975/76. The begining of everything. The example. A 4-1 brought in Anglo-Saxon lands was not an obstacle for whites give the return to the series with a little hand. Roberto Martinez minute 2 He had already advanced to Spanish. Santillana, in overtime, certificaba the beginning of the great European comebacks.

In the quarterfinals of the European Cup 1979-80, Madrid fell 2-0 in Glasgow with Celtic. The second leg will be played the day of San José, a 19 of March, thus it became the 5 pm, registering a spectacular llenazo. He appealed to the comeback of "the year of the Derby County». Local beat 3-0.

Real Madrid led by Amancio Amaro managed to overcome a tie that was as lost after falling in Brussels 3-0 against Anderlecht in the UEFA Cup the year 84-85. Member of that template was Juanito, who did not play the second leg because of problems with his coach, but he attended in person to the rout that he endorsed the target set for the Belgian team 6-1, certifying its presence in the second round of the competition, They would end later conquering.

Stakes in its major European Real Madrid has almost always been in the German teams to their particular black beasts. Bayern de Múnich o Borussia Dortmund, to name just two examples. They have embittered many nights to whites and that's the main reason why the Real Madrid always has the utmost respect them, just check what happened in this last season. But one night broke the German curse. we talk about 4-0 Borussia Moenchengladbach on December 1985. A key meeting to Real Madrid achieve their second consecutive UEFA Cup.

It had not easy to trace a tie that had become very uphill after falling 5-1 in the German country. But in the years Real Madrid 80 nothing was impossible. The return leg at the Bernabeu was a real hell for the Teutons who were overwhelmed from start to finish by a set of Luis Molowny aware that required a quest to move to the next round. Valdano at the minute 7 and Santilla to the edge of the end made the impossible possible.

It was a 16 April 1986 and in the vicinity of the Santiago Bernabeu the public mobbed as if he knew beforehand the afternoon playing feat. The party promised, It was the second leg of the semifinals of the UEFA Cup. The rival, Inter, I came to the capital of Spain supported by a favorable outcome 3-1 obtained in Italy .

Madrid equalized 3-1 and the extension was necessary, and this appeared Santillana . Butragueno had broken the Inter defense , from which it had disappeared Mandolini expelled for various violent actions, compared to ten somewhat improved outlook for the white team and minute 93 a corner of Hugo , Santillana head made 4-1. Inter, with the result against, espabilar he tried but was hit by the cyclone Madrid. In a spectacular move between Butragueño and Hugo Sanchez , the latter yields to Santillana beating Zenga once again leaving the final outcome of 5-1. Madrid he finished 18 times against Inter's goal , and only he received seven warnings of the adversary. It was the great lesson of comebacks.

1. Start pressure from the first second: Juanito was who coined a complete Decalogue on how to overcome a European tie. The Bernabeu is a fundamental part. The first, He said, is that since immediately following the first leg and back on the bus and people had to be talking about mashing to the contrary. unceremoniously.

2. A leader must remember every day that will be achieved, achievable. Camacho was commissioned to remember and write it on the board every day. It had to be weighed, very heavy, Raise awareness.

3. Intimidate the opponent in the same tunnel. Screaming, looking defiant and even making some gesture. Rivals thought they were crazy. It was a way to intimidate from the first second of the game. If you had to insult, It is insulting. If you had to stick, would stick. Everything was more than justified. The end justified any means.

4. In the draw the ball has to be for Real Madrid. The opponent should not touch the ball in the first minute of the match. That creates a sense of communion with the fans, Of domain, these will all you can intimidate opposing players.

5. It is essential that the first play ends with a shot, in the penalty area, in a corner or a free kick. The stand will go crazy and increase pressure. If you had to pull midfield is pulled.

6. To do the first missed game. Nothing happens if a bit stiff and intimidates the contrary. It is difficult in the first inning of a game the referee takes the red for the home team. So you have to use it to leave a sign, not possible, to the best player of the rival. There are players Inter, or Germans of the comebacks of Santillana and reminiscent company had never received how many faults as in those games. constants. intimidatory. It is true that times have changed and are less permissive referee, but at the time everything worth, even injure. Football was men. Camacho or Juanito was no small thing. They did not play with toys.

7. The first shot has to be Real Madrid. No matter go away. And the first goal has to come in the first seconds of the game. Ideally before the minute 10. If this is done, Turnaround risk is very high.

8. The rest must return to the field before I tell the referee. The opponent should see no rush to beat them.

9. Draw an imaginary line in the half and ensure that there will not pass the opponent. If missing fifteen minutes there is still a goal to lock up the opponent and put the Bernabeu decibel maximum. You hate to lose, You hate the rival. Amas win.

10. Acting at the maximum speed, jalear intensity and to the public to be spreading. The heart to the head. Put more front is better. Let's stop tonterias. There are other moments where thinking is.