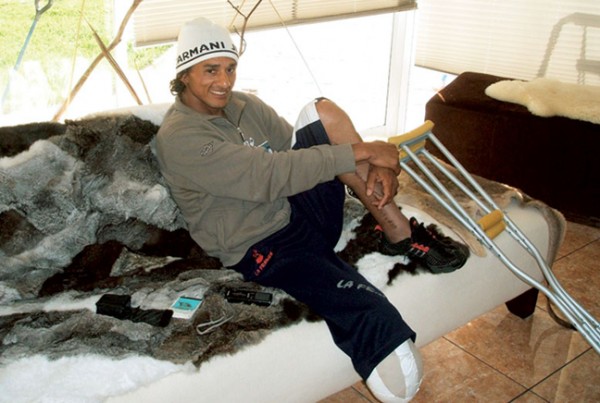 Dario Silva was always a warrior on the lawn. Fighter, Uruguayan striker went through the Spanish League defending T-shirts Málaga, Espanyol and Sevilla where in addition to its embattled game, highlighting his hair dyed bright yellow. But her life, It would change because of a terrible accident. Pero..¿qué was Dario Silva?, you remember?.

As a player, Uruguay had a fairly prolific career. He played for Defensor, Peñarol, Cagliari, Espanyol, Málaga, Sevilla and Portsmouth English. He played for Uruguay whose jersey defended 49 sometimes scoring 19 goals. All this, was going to truncate a 23 September 2006, his life was to give a radical change. 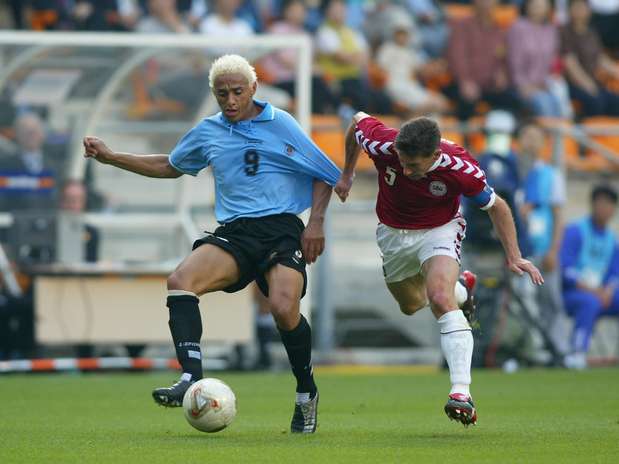 Dario Silva with zamarra of Uruguay.

Dario Silva was driving his truck along Montevideo with two companions when he lost control of it and turned undergoing a serious accident whose consequences would be devastating to the couple you dire. While his two companions were unhurt, the player, He lost one of his legs have to be amputated below the knee due to the terrible accident. His life as a footballer was gone forever.

But he was not going to surrender. Thanks to a fellow who patented a new type of prosthetic leg, He began his journey of overcoming. He came to play a game of homage and devoted himself to rowing, He even speculated participation in the Paralympic Games in London 2012. He was also dedicated to the breeding and sale of horses and not long ago, he planned to devote himself to politics in your area. further, He collaborated in the design of his new prosthetic leg with which he will run and make sport. Certainly an example of improvement for a man who was a warrior on the field but it is more out of it.

Workers know the Cup, the other World
The most tattooed players in the world
Boxing Day in question
Five fights in a football field
Larissa Riquelme, the Paraguayan international
Alcides Ghiggia, the man who scored the Maracanazo
The five best goalkeepers in the history of Valencia
The black on T-shirts of national teams
The most expensive signings in the history of Levante
Freddy Adu, the new Pele who never succeeded in football