The Compostela spent four years in the elite football 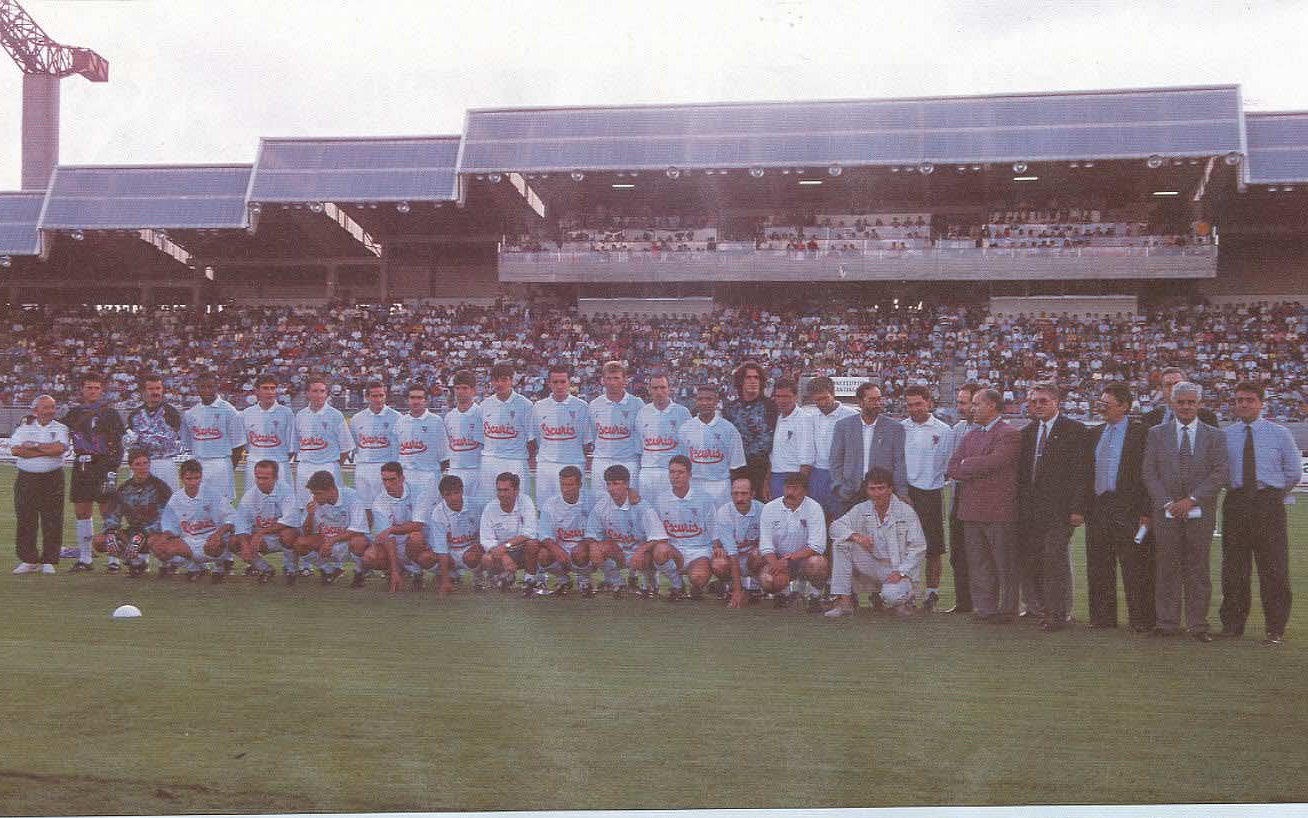 Do you remember those years when the SD Compostela He quarreled with the big league? In the Multipurpose San Lazaro was marked one of the most beautiful goals in football history. It was late 1996 in a match against Barcelona in the Primera Division. Already in the third decade of the twenty-first century things have changed a lot. Machine Colgados time for football brings us this time to the capital of Galicia, to Santiago de Compostela to remind SD Compostela, the team that in the mid-year 90 He managed to remain four years in the top flight of Spanish football and win the hearts of many Spanish fans.

The history of SD Compostela

The story of "Compos" is relatively recent, it was not until 1962 when the team was officially created under the name SD Compostela. The early years were basically modest assembly, torn between regional categories and the Third Division. Only in the season 79-80, the club finally get up to 2ªB.

But nevertheless, It would be the entrance of businessman Jose Maria Caneda Year 89 which would promote the "boom" of Compostela. With a significant financial outlay, Galician team managed to climb just one year to Second A, four years later to make the leap to the top flight football. A leap that would come after a rise of myocardial promotion, where the club defeat in the play-off match at the Carlos Tartiere of Oviedo, Rayo Vallecano by 3-1.

Trained by Fernando Castro Santos and with players like Fabiano, Fire, case, Tocornal, Bellido or the legendary Abbey Tato among others, the "Compos" and its president Caneda succeeded in realizing the dream. A dream that would prolong four years and he would do house in San Lázaro Multipurpose the best players of the moment. Precisely, this stage would witness one of the greatest works of art that are remembered on a football field. Barcelona on a visit to Santiago, one jovencísimo then Ronaldo would make a spectacular play taken across more than 50 meters with the ball at his feet ending in a goal after regatearse several defenders compostelanos. As we said at the beginning, one of the best goals ever. 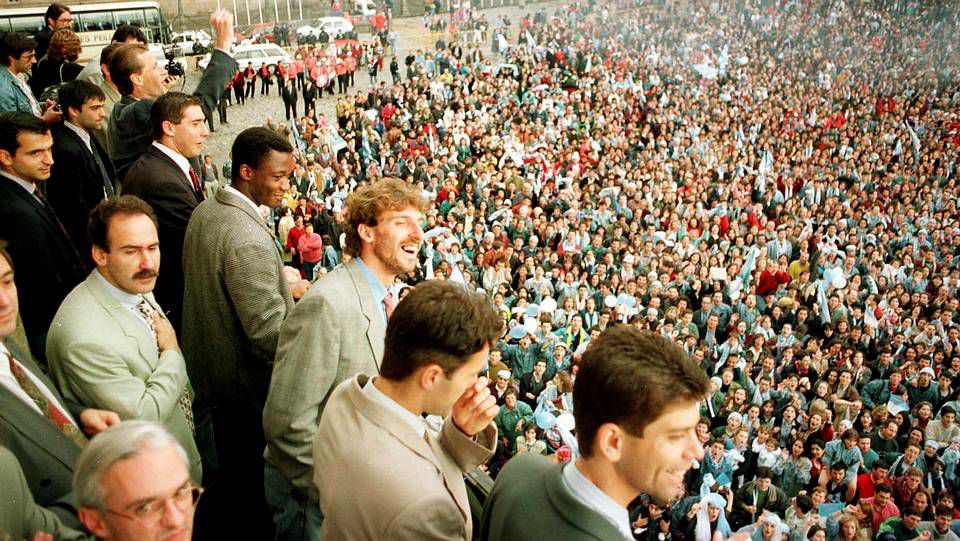 Glory to the catacombs of the Spanish football

But nevertheless, and every dream, There is always an end, and the “Lineups” In the season 97-98 He would descend after losing in the old promotion relegation against Villarreal, after being ranked 17th and before the first impossibility of Fernando Vazquez after Gabriel Leis could keep the team afloat.

From there the team was going into a fatal dynamics (mainly due to economic problems), with various sporting and administrative descents gave the “Lineups” in Regional Preferred in 2010 Today, SD Compostela struggle to return to what it was from the basement of Spanish football, hoping someday, back to face the larger and for a time it happened.

PD: We remember that wonderful goal from Ronaldo in San Lazaro