As he has been told by the Football Colgados exclusive, Franck Ribery will be the next Golden Ball 2013. The Gallic footballer has been one of the architects of the successful campaign of Bayern Munich which has led to a historic treble and a demonstration of absolute superiority over all other rivals.

end of 30 years of great quality and high speed, Gallo has been one of the stars of the German compact block reign ended in Europe, precisely for assistance from French to Robben who served to the fifth continental title with just two minutes to finish the match.

Although in theory the choice of the Golden Ball is not decided until next January where they take into account the votes of the coaches and captains of the various national teams, and the valuation of a group of experts from the prestigious magazine France Football, Hanged for football has had access to a first draft document (which usually coincides in 90% often the final result) where it is clearly seen that Ribéry has passed loosely Cristiano Ronaldo, second in the voting, and Messi, together with Iniesta have occupied the first positions. 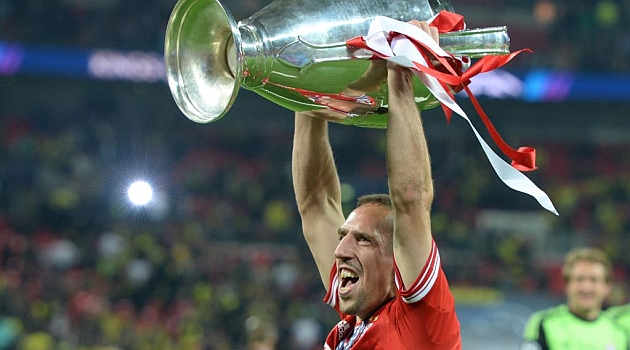 Ribéry played this past season 18 He Bundesliga matches in which scored five goals, but his contribution Champions, where he had his most brilliant nights which catapulted him this award will be given next 13 of January of 2014 in the Swiss city of Zurich. He will be the seventh Golden Ball for France and the first since Zinedine Zidane will win in 1998.

Ribéry went on to earn a final of the World 2006, tres Bundesliga, 2 German Cups, the Champions League and has been Intertoto 63 times by the combined Galo. After years of waiting, his good paper with Bayern and especially, their titles, They have earned at last, be proclaimed Golden Ball.