Spanish footballers around the world: Spanish in Mexico

Hanging by the football brings the Spanish players have played in the Mexican League during the season 2012/ 2013. Hanging by reviewing the Spanish soccer players who are currently abroad and makes MX starting with the League of the Aztec country.

As we said, players three have performed throughout the season 2012/13 in the Mexican League but were 5 which began its journey to the other side of the pond, two of them returned in January precisely the same team who left in the summer 2012. The 5 players were:

Born in Oviedo in 1981, This Spaniard is an old acquaintance of the Spanish League. Out of the quarry of the former Real Madrid player Murcia, Mallorca, Espanyol and Zaragoza, He has always scored goals in the teams where he has acted.

International with Spain at the time of Luis Aragonés, He scored both goals in the final of the Cup of the King of the 2006 that gave the victory against Espanyol who would become his team, Zaragoza. Also he made history by being the first player who scored a goal in the newly inaugurated stadium Cornella El Prat.

In the summer of 2012 He landed in Monterrey to join the Tigers. Under the watchful eyes feline fans, Fools and incomparable, Spanish striker completed a discreet start championship but has improved during the Clausura. This debate its continuity in the team .

The other Luis Garcia, namesake Tigers player, He born in Badalona 1978. Formed and raised in the quarry of the Barcelona, He went through the ranks of the Tenerife, Valladolid, Atletico Madrid in two stages, Racing Santander and Panathinaikos FC but stressed their passage through the Barcelona first team and especially for Liverpool which showcased his great ability to play both legs and excellent shot. With the English won a Champions.

He played for Spain from the hand of Luis Aragones and mundialista in World 2006 in Germany, then serious injury slowed progression. In 2011 He came to Mexico to join the ranks of the Puebla FC where he spent the summer of 2012 the ranks of the UNAM, where he currently continues. 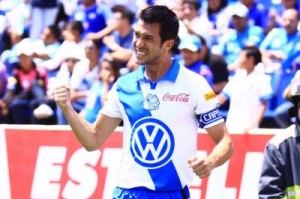 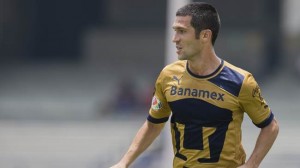 The youngest of those who have migrated to the Aztec country. Born in 1988 in Barcelona, this young Catalan player is the only one of which has not been involved in the Spanish League. His career has developed between France, Scotland, Russia and now Mexico.

Raised in the lower echelons of the Barcelona has played at Olympique Lyon, Celtic Glasgow, y FC Volga Nizhni. In January 2012 He landed in the ranks of the Club Santos Laguna, which still.

While playing with Cape Verde, the country of his father, Valdo was born in León (Spain) in 1981. Raised in the quarry of Real Madrid with whose team debuted in 2002 Osasuna went through, Espanyol and Malaga from which arrived in the Levant.

With a somewhat loose first season and a second excellent, Valdo rejected the offer of renewal of the Levant and marched in the summer of the 2012 towards the Atlante.

The team of Cancún failed and returned to the Levant in January 2013 on loan. has not contributed anything during this midseason and continuity in the Levant is unlikely. Contract with Atlante, the player must return to Mexico to meet its future. 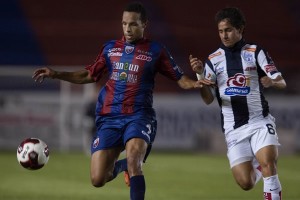 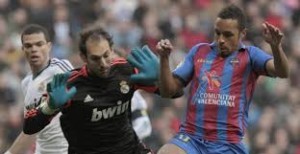 The player with the most experience of all. natural goalscorer, This is one of the top scorers in the Spanish League active. He was an idol of Espanyol.

He spent almost his entire career at the club perico, which he marked a milestone and scored decisive goals as he gave the Cup of the King Espanyol vs. Atletico Madrid. It happened in the year 2000.

He remained in the Espanyol to 2010 year in which he left the club of his life to leave by the back door by problems with the directive. He went to the Royal Society where it materialized a good season and then to Rayo Vallecano where he scored the decisive goal that gave permanence to the team Vallecas.

International with Spain during the period of Jose Antonio Camacho and Luis Aragones, I note 5 goals with red shirt. Tamudo marked 144 League goals. In summer 2012 he went to Pachuca Hugo Sanchez where he did not win. In winter 2013, As to the Valdo, again made the reverse way back to Rayo Vallecano, club that had gone last summer. 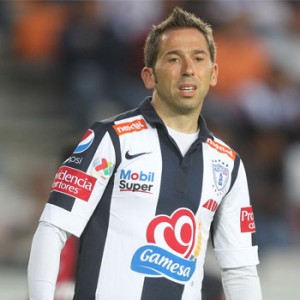 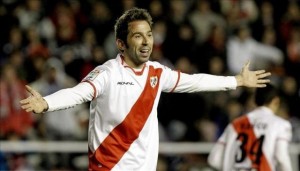