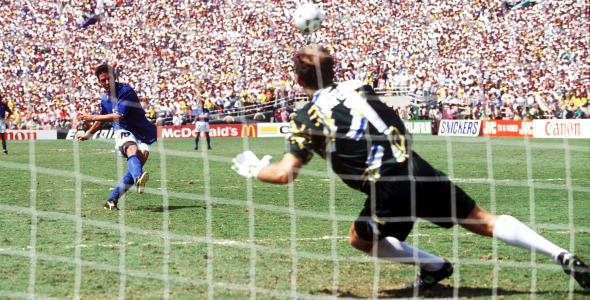 World Cup USA 94 He did not stand out for being a portent in terms of good football, but if for playing in the US, the most powerful country in the world but that until then did not stand out for being in love with the “Soccer”. The final, disputed between Italy and Brazil in the Rose Bowl of Los Angeles, ended without goals and was one of the finals with the least football in World Cup history. Precisely, in that final that ended the glasses result, the tie to zero, left one of the anecdotes of the World Cup events. You know what happened? Miral.

Brazil and Italy were playing the precious World Cup on that hot afternoon of 17 July 1994. The match, a monument to blackboard and tactics but not exquisite football, did not leave any goals in 120 minutes played, the 90 of the party plus 30 extra time. penalties, they followed the tone of the match and were also equal, so much that I had to decide everything in the last launch. Italy launched the last and as always, This last penalty was destined for the best player of the Italian team, Roberto Baggio. 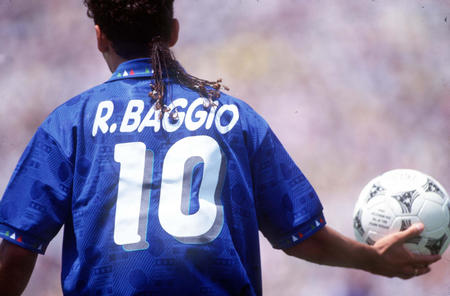 Baggio was preparing to launch the penalty kick.

Parreira and Lobo Zagallo, the támden that directed Brazil in that World Cup, they had followed the penalty shoot-out from behind, without wanting to look. Suddenly, it was Baggio's turn, one of the best players in that tournament and the best player in Italy. Brazil had the advantage, yes Baggio scored tied and the round continued, yes Baggio was failing, Brazil would be the new world champion. The tension was chewing in the room.

Suddenly,Wolf Zagallo he turned quietly and said to Parreira : “now we can look”. The Brazilian coach and the rest of the people around the veteran wolf on the bench, I looked at him surprised. “Why we can look?”, asked the coach, affected by the nerves of the moment. Because Roberto Baggio has 13 letters, fail to”. And Baggio failed.

As everybody know, Baggio sent the ball to the clouds, to the third amphitheater at least and Brazil was proclaimed champion. Luck or some hidden cabal that only the mythical dominated Lobo, they had achieved the impossible. The truth is that statistically the biggest almost always fail the decisive penalties (look it here) although you never know, unless you master some supernatural power. The anecdote, it was written there forever in the history of the World Cups. Yes apart from football, you are a fan of paranormal events, then we recommend that you continue reading “Football and paranormal phenomena”. 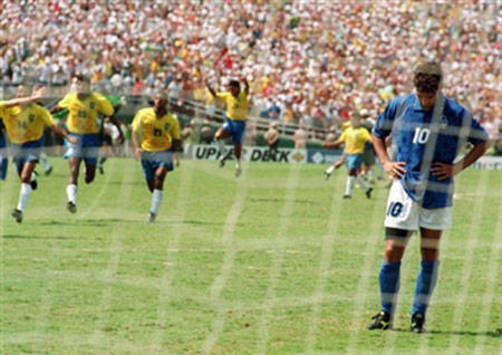 This is how Baggio was after missing the penalty. The “Lobo” already knew.