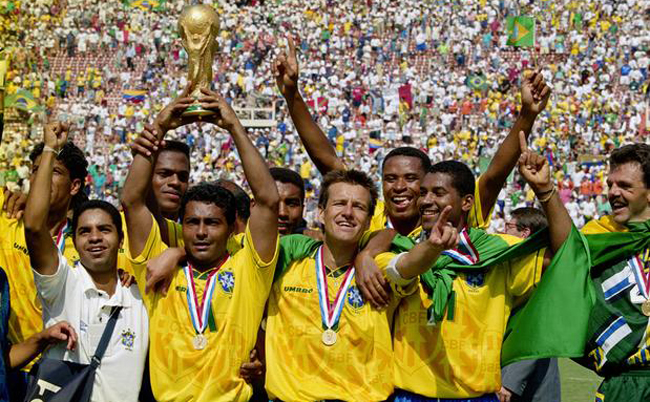 In 1994, the dream of millions of people came true. At last, the great economic power echoed the prevailing sporting reality in the rest of the planet is made and hosted the World Cup, the largest sporting event after the Olympic Games. A country with little tradition futbolera, however, He would offer an extraordinary tournament, full of surprises and spectacular facilities, including a covered stadium included (el Pontiac Silverdome de Detroit) and a total of four campuses more than exceeded the 75.000 locations, among them, the Rose Bowl in Los Angeles, host the final.

A total of 24 teams participated in an event that left out Uruguay, England-for the first time a team did not come Islands- and France, deleted for the second time in qualifying, this time at home to an unknown Bulgaria and at the last minute. Absences important however not deprived of seeing other powers, as Brazil (who came with Romario, Bebeto and a young man named Ronaldo), Argentina (who she was with Maradona) or Germany, for the first time, It was presented in a unified.

The 24 domestic combined were divided into six groups. The highlight of this first phase were useless Russian victory over Cameroon 6-1 Maradona and punishment for doping. The Russians won a resounding Africans with five goals from Oleg Salenko (record a World Cup match) but they were eliminated after punch against Brazil and Sweden. Remembrance and anecdotally it will be the goal of Roger Milla, what with 42 many became the oldest scorer in World Cup history. Regarding Maradona, I must say that USA 94 It meant the end of his career first level. His spectacular start with a goal and win against Greece ended after testing positive ( by ephedrine, norefedrina, seudoefedrina, norpseudoephedrine and metaefedrina, five substances that have stimulating effects and also help you lose weight) ante Nigeria.

Little more interest left the first phase beyond a guided Spain to Caminero and a half Barcelona (Clemente, his coach was charged to the Fifth Vulture) She tied with Germany 1. Italy, one of the favorites, He got through with a win in Group E where all teams finished with four points. 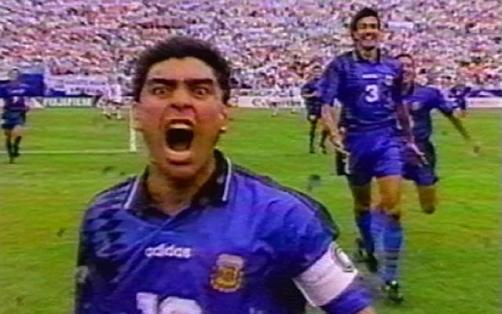 Maradona celebrated a goal against Greece with much euphoria. Perhaps too much in the light of what happened next.

As often happens in these quotes, the knockout stages would yield the best and most exciting championship. No knockout, we just stopped to remember the brief triumph of Brazil to the host by 1-0 or the Pyrrhic victory of Italy to Nigeria in extra time after saving the furniture in the last minutes. But yes, the rooms, definitely, the best of the tournament.

Two of the best games were in this round. Spain lost to Italy 1-2 after an agonizing game where Roberto Baggio sentenced a Spain that could have done something more than not having missed an opportunity to Julio Salinas clamorous Pagliuca and having seen the Hungarian referee Sandor Puhl of Tassotti elbowed Luis Enrique on. 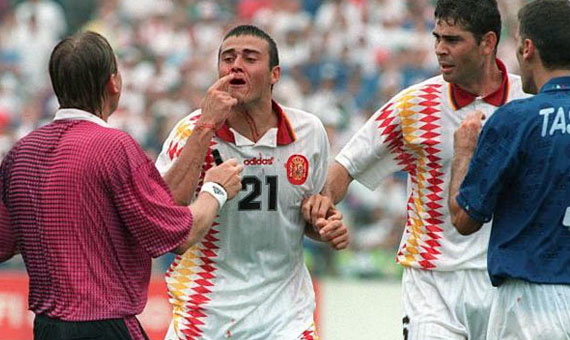 If the match Spain-Italy was good not least would be the Netherlands-Brazil. Brazilians ended up winning by 3-2 the Netherlands Bergkamp (who had traveled by boat for fear of flying) in a meeting where Romario and Bebeto proved to be two of the best strikers in the world.

Mazinho, Bebeto and Romario celebrated a goal against the Netherlands the most original.

Italy on the one hand, Brazil on the other, the fact is that the most successful teams in history were to see the faces with two teams unexpectedly qualified for semis. Bulgaria a unique generation of players led by Hristo Stoichkov, Letchkov and Kostadinov and Thomas Brolin Sweden, Martin Dahlin and his famous goalkeeper Ravelli. Two good teams that win came from Germany and Romania Hagi but, but nevertheless, They would not be able to avoid the final desired: Italy- Brazil.

While it was expected by all, the fact is that the worst of the Campeoanto was the grand finale. The two teams tied afraid to 0 in what marked the first final without decisive goal from the penalty. In them, Brazil won, among other things, because it took the final mistake of Roberto Baggio, who he had curiously been one of the best players in the World. Brazil was tetracampeona of the world.

The Compostela spent four years in the elite football
The story of overcoming Amavisca and Zamorano in the season 1994-95
Paulo Futre: Atletico idol
Nobby Stiles, one of the toughest players in history
Maradona scored the hand of God
Pantic, one of the best players in the history of Atletico Madrid
How Atletico Madrid lost the final of the European Cup 74? Urban reality or legend ...
Top Stories of the World 1934
Helenio Herrera, one of the best coaches in history
The classic caned: a derby in the making