The Rose Bowl in Los Angeles, the only one with finals in Olympic Games and World male and female

For those who think that in America football does not live with the passion of other homes on the planet, we should recommend a brief stint in the Rose Bowl in Los Angeles. Cathedral authentic American football and one of the most amazing venues around the globe. Built to host football competitions (la Rose Bowl Game) in 1922, this old but beautiful stadium, It has the credentials of having hosted two Olympic Games, in 1932 Y 1948, which speaks very clearly in its category.

Impressive appearance, one of the great peculiarities of the Rose Bowl is its huge capacity, which it has allowed her to host games with more than 100.000 people (today “only fit 92.542), turning to him for many years in the biggest football stadium in the United States. 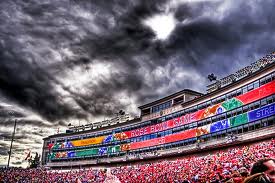 The Rose Bowl is the world's eighth largest field 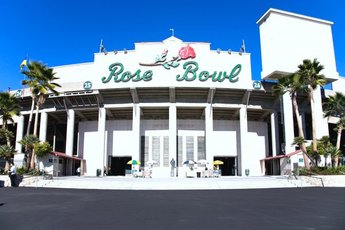 also known for hosting up to five Superbowl, the most prestigious sporting event in the United States, the “soccer” He has had a small but very important place in the Californian stadium. During six years (1996-2002) It was the home of the Galaxy until his transfer to its current Home Depot Center (even the occasional dispute friendly as played against Barcleona) and here was played one of the best in recent times world: that of 1994.

Here, a Colombian player named Andrés Escobar signed his death warrant to get a goal that cost his team the removal to the United States. Here, Gica Hagi scored one of the most famous goals in World Cup history by scoring a superb cross-shot from outside the box into the top corner of one of the goals of the scenario angelino.

Not only that, here it was to Romario and Bebeto Brazil win the first World Cup final decided by penalty kicks, partly, because a “Lobo” He called Zagallo had cast a curse against Roberto Baggio, the man possibly worst memory will bring the Rose Bowl.

Named National Historic Landmark, It is also the only stadium next to Rasunda which claims to be home to a male end and a female, because we must not forget that 1999, The United States also on penalties took the women's World to China, where is the feminine event with greater presence of spectators (90.000).

Not only hosted the World Rose Bowl. Also the Gold Cup 2011, which resulted in Mexican victory 4-2 against the hosts.

Precisely, the Aztecs have a special relationship with the colossus angelino, as they have played more than ever as local because of the proximity to the border and the nombrosa presence of Mexican citizens in Los Angeles.

And in the Rose Bowl and few things can surprise given here have also acted as important music groups such as U2, Depeche Mode, Metallica o Pink Floyd. Definitely, the best of the best.