November 1993. It is dark night somewhere on the border between Germany and France. A car crosses with four Bulgarians inside, two of them are illegally entering the Gallic country. drive Mihaylov, goalkeeper of the football team, playing in a French club and has been commissioned to prepare everything. He carries in his pocket a wad of bills. The paperless are Penev and Kostadinov, who were unable to travel by plane with the rest of the workforce by visa problems. The gendarme let them regret all his life. The car continues for Paris, where they will meet with the rest of the band to play the decisive qualifying match for the World Cup 1994. Only they had better win.

In the Parc des Princes hopes a rival with big stars like Cantona, Desailly, Papin o Deschamps. The Gauls are favorites and control the game. Bulgaria does what he does best, and seek to defend their lead in the counter and individuality. ninety minutes and one reaches one's shining on the scoreboard. The result is worth them, but all France is afraid, repent of the wrong times. And they lost the last world, two in a row would be too. They know that Hristo and his men will fight until the last second, they feel sharpening knives behind, do not surrender easily face. That's when Ginola incomprehensibly ball raffle, I had on the opponent's corner when the game was already dying, and that error would be born that will blow against an entire country at the same time thousands of kilometers away. Penev reaches the ball in midfield, what, without thinking, plays the ball the other paperless, Kostadinov, so that it is strained between defenders and fusile Lama, White leaving all French, including goalkeeper.

That eliminated France and qualified for the World Cup in the United States the golden generation of Bulgarian football. They painted all, less than professional athletes. Stoichkov was the leader. With his arrogance and his genius marked differences in the group that did not lack talent and work experience.The Lechtkov in midfield and left-handed delicate Balakov, the strength of Ivanov or completed Kostadinov scoring touch of a strange team, but competitive. And that Penev, one of the players in the form -and nephew of seleccionador-, I had to watch the World Cup from home, after undergoing surgery for a tumor in a testicle. They played like carrying pints, to rough. The team seemed unbalanced with excessive offensive players, but there was a strange balance that most managed not understand. No apparent order, getting unleash the talent through a very instinctive football. A band of tough guys, who made a virtue of the defensive mess. Irreverence and counter.

Bulgaria was in full transformation in all aspects, still emerging from Soviet influence, while he is going through a period of political instability and economic crisis. Although it was the sixth World Cup for a country with less than five million inhabitants, They did not know what was to win a match in this competition. Only four years ago that had been held the first free elections and players began to migrate to more competitive leagues, because under the communist regime they had banned from leaving the country until age 28 years. Many of "The Golden Boys", as it is known in his country to the protagonists of this story, Several years had spread among the Spanish league, Portuguese and French, gaining competitiveness without which this feat would have been impossible.

Just being there was already a success, and so I took the players, as a long party who did not miss a minute, doing two things they do best: play football and drink. They were framed with Nigeria, Greece and Argentina. Demonstrating its anarchic spirit, They debuted losing three to zero against African, but then he put four to the Hellenes. They had average. pass against Argentina would be played ephedrine. without Maradona, the Albiceleste lost his soul. Although still looked full of top players template, They did not seem to them. They were disoriented and Bulgaria knew winning the chaos to win by two to zero and classified as second group.

They did not seem to take the matter very seriously, but the rebellion shown by the players off the field became desparparpajo on grass. In the hotel it was normal to see taken pictures of a gangster movie. Players in the pool surrounded by empty bottles gaudy shirts, singing and riding gresca, timbas poker through dense clouds of smoke and breakfast with broken faces. Then they went out to play with a peculiar way of understanding this game, while hesitating and smile, but what if they took seriously.

He began the era of secrecy in football, which kept real-world players in a bubble enclosing. Y, after passing the second round against Mexico on penalties, expected the tight selection of all, Matthäus Germany, Sammer y Klinsmann, champions. They were blond, very good, always they had serious gesture and would be measured against those who had nothing to lose or to hide: Bulgarians were left photographed messing around in the hotel and the flight attendants teetering. They were the only team to not hire security in their hotel, simply they did not need. The match was very intense. the Germans went ahead, but in just five minutes Bulgaria would turn the score in the second half, Stoichkov goals from direct free kick and Letchkov after a powerful header, to confirm the surprise. Nobody counted them and slipped into semifinals, where he hoped Italy, coming from the wall to break Luis Enrique. With a stellar Baggio put the Azzurri 2-0 in the first half hour. Bulgaria Tour reacted by cutting distances in the second half, but it was not enough and ordered Italian defense did the rest. Stoichkov said after the match: "God was with us, but the referee was French ".

In the match for third place against Sweden they left out. They face back from a festival and lost by 4-0. They not even got the captain, I was tied with Russian Salenko six goals, mark for golden boot solo. They searched throughout the match, but it was not the day. They had come from nowhere to stay at the gates of the final, just they wanted to return with his people to continue celebrating.

So great was the impression left by these players in the country, many of them took advantage of the pull to finish occupying positions of power years later. Lechtkov was mayor of his hometown, but he ended up in jail for embezzlement of public funds. Mihaylov was president of the Federation and member of the Executive Committee after UEFA. Stoichkov tried to be coach, but it was a failure and CSKA Sofia bought. Ivanov, fat old, He preferred to retire to his farm in the mountains, where he is driving a tank, as he drained a message reminding that summer holiday by USA winston over twenty years ago, when football was more authentic. Since that golden generation, Bulgaria has not returned to get another World Cup victory. 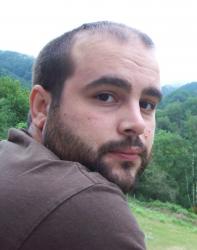 I devote myself to other things, but sometimes I write about football. Any story that includes passion interests me. Trashorrista. I liked football before. Twitter: @tujisno