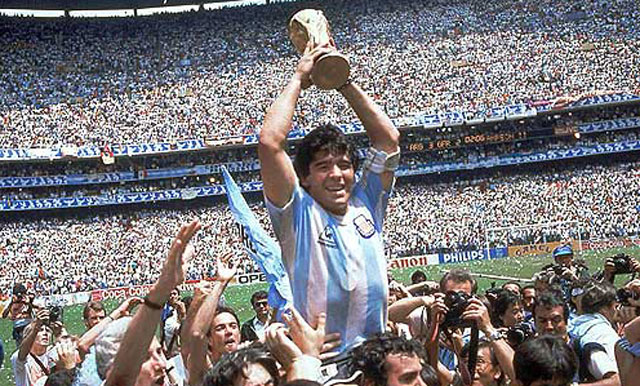 At, a man led his team to the top of football for the second time in its history. At, God he dressed player and stunned the world with the greatest skills, with the greatest of virtues, with technical, with talent by flag. Maradona did in Mexico magic in June 1986 Olympus encumbró that footballers, who knows if at the level of Pele and Di Stefano or even, higher than they.

It was Mexico to begin hosting a tournament in which participated 24 selections (eight more than in Spain) and it was scheduled to be played in Colombia. But nevertheless, economic difficulties, pressures trademarks and tremendous demand of FIFA (required 12 Stadiums with a minimum capacity of 40.000 People for the first phase, 4 Stadiums with a minimum capacity of 60.000 persons for the second phase, 2 Stadiums with a minimum capacity of 80.000 People for the opening match and the final, to install a communication tower in Bogota, freezing hotel rates for FIFA members from 1 of January of 1986, among others, issuing a decree legalizing the free movement of international currencies in the country, robust limousine fleet managers available to the entity. a network of trains that would communicate to all sites, airports with capacity for landing jet aircraft type at all locations and a network of roads that allow easy movement of the fans)
led the South American country to resign and take the prize was sixteen years the Aztecs who had organized a full of emotions edition.

The first phase of the tournament just left surprises. Large selections met and perhaps the highlight was Brazil's victory over Spain in a match where Michel scored a phantom goal that did not rise to the marker or the great performance of Denmark Laudrup, first in a group in which he beat Germany (which went second with a single victory) and Uruguay thrashed by 6-1. 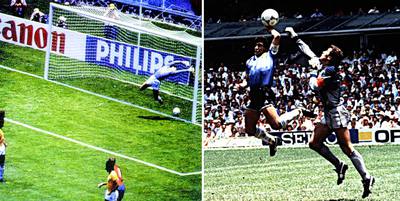 Refereeing errors never had as much impact as in Mexico 86.

Definitely, as often happen in this kind of dating, the best wine from eighths. "Red dynamite" that had astonished Danish and strangers were beaten mercilessly by Spain in a spectacular afternoon Emilio Butragueno, author of four goals in Quétaro that served to put the Spaniards in the quarterfinals, as did the other great powers, except for Italy, comfortably beaten by France 2-0.

Quarter-final that would yield some of the most memorable moments in the history of the World Cup. Spain fell on penalties to Belgium after having been better. Eloy Olalla failure sentenced a selection which again was unable to overcome the barrier of rooms. At the same penalties had to resort Germany beat Mexico, brilliant hostess with Hugo Sanchez on the scene as most visible.

Of course the two best games were other. One the France-Brazil. A hymn to football, as, it was also resolved in the lottery of penalty kicks. A course for history Platini failures, Socrates and the famous goal of Bellone, granted after giving the ball on the post and then the body of the keeper Gallic. Ultimately triumph suffered for France put it this way stand for the second time in semifinals.

What the other party deserves location aside. It was the party of parties. Preceded by a war between the two countries, Argentina and Britain fought the Azteca Stadium in an unforgettable memory. Ineradicable because that day dressed Maradona God to score a first goal with his hand and because that same day, the same "cosmic kite" starred the best move of football history. A torn over 50 meters starting in his own half which allowed him to circumvent half England team and score one of the most beautiful so many who recall that served to put the Argentinians in semifinals. 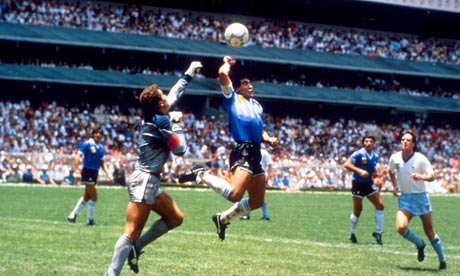 Maradona scored the first goal the English supported by the hand he himself defined as God.

The semifinals were not certainly the most remembered. Argentina and Germany won without large doses of football to Belgium (two goals from Maradona) and France 2-0 and they sealed a very interesting end.

final match would end with 3-2 favor Argentina against a Germany led by big names like Rummenigge, Matthew, Brehme o Schumacher. impressive cast of players again were overwhelmed by an alien. It was Maradona, the man who made Mexico 86 a party of Argentina and was said that he was only able to win the World Cup. And all this, despite having Bilardo on the bench and Valdano and Burruchaga on the lawn. 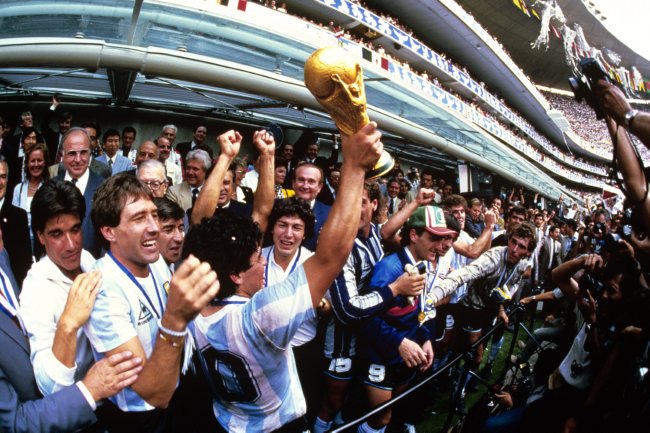 Maradona was the star of this World.