French League starts this 9 August with an exciting season and more spectacular than ever. 20 teams fight in 38 days by clinching a new edition of Ligue 1. The competition system remains the same as at other times. The champion and runner-up access directly to the Champions League, while the third place goes to the qualifying round of the maximum continental tournament.

Fourth place is what allows the UEFA League, like the victories in the League Cup and the French Cup. In case, that one of the two champions of the latter competitions are ranked in the top four, It will be the fifth-placed Ligue 1 which also dispute the UEFA League.

Under, the last three positions condemn the relegation to Ligue 2. Equipment will be replaced by the top three in Ligue cited 2.

To encourage attacking play, marking equipment 3 or more goals during a match are financially subsidized by the LFP (of 1973 a 1976, marking each set over 2 many gave him an extra point in the standings). 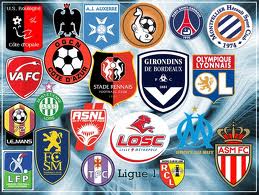 The league 1 formalized last summer a new television contract with the Arab network Al Jazeera. Such agreement, a sports channel was created (bein Sports) dedicated to retransmit 8 of the 10 weekly championship for just 20 euros per month. Total, will be 606 million euros which will pay Al Jazeera French league for the acquisition of broadcasting rights for the next four years.
Television deal between the clubs is fixed by four key criteria: the fixed they are receiving all clubs to participate in Ligue 1 (represents the 48,9% of total income), his position in qualifying (24,4%), his career in the last five years (21,17%) and audience team on TV screens (5%).

The league 1 This course is presented as a struggle between the two Hillbillies, PSG and Monaco. Both clubs run by billionaires from different sources (Qataris and Russian) They have pulled out all the window spending 250 of the 290 million invested by 20 teams. PSG, last year's champion Carlo Ancelotti has lost but in return will have to Blanc as a replacement and a fearsome front formed by Zlatan Ibrahimovic and Edinson Cavani of new signing, which has cost 63 millions. further, will have Lucas Digne, the largest national investment 15 million that Pastore will join the company and. With a solid structure and, they are the big favorites ahead of newly promoted Monaco will look to consolidate more than. And is that Radamel Falcao, Abidal, James Rodriguez, Joao Moutinho or Toulalan enough names seem to think not fight for a title.

Behind them, the situation is more equal. Marseille and Lyon seem to be the most reliable alternatives always considering speaking of France and therefore of extreme equality in many aspirants. The Marseillais have signed long and well. Payet and Inbula must take a leap forward to the team, while the latter are always such a strong team and as demonstrated in their recent friendly with Real Madrid all this despite not being able to pull talonario this season.

Bordeaux, Sochaux (most seasons the club has been in the elite division of the first gala), Stade de Reims, Toulouse and Montpellier will be other teams that give color to an increasingly more exciting league and impact beyond its borders.

The great mistakes of Peter Lim in Valencia