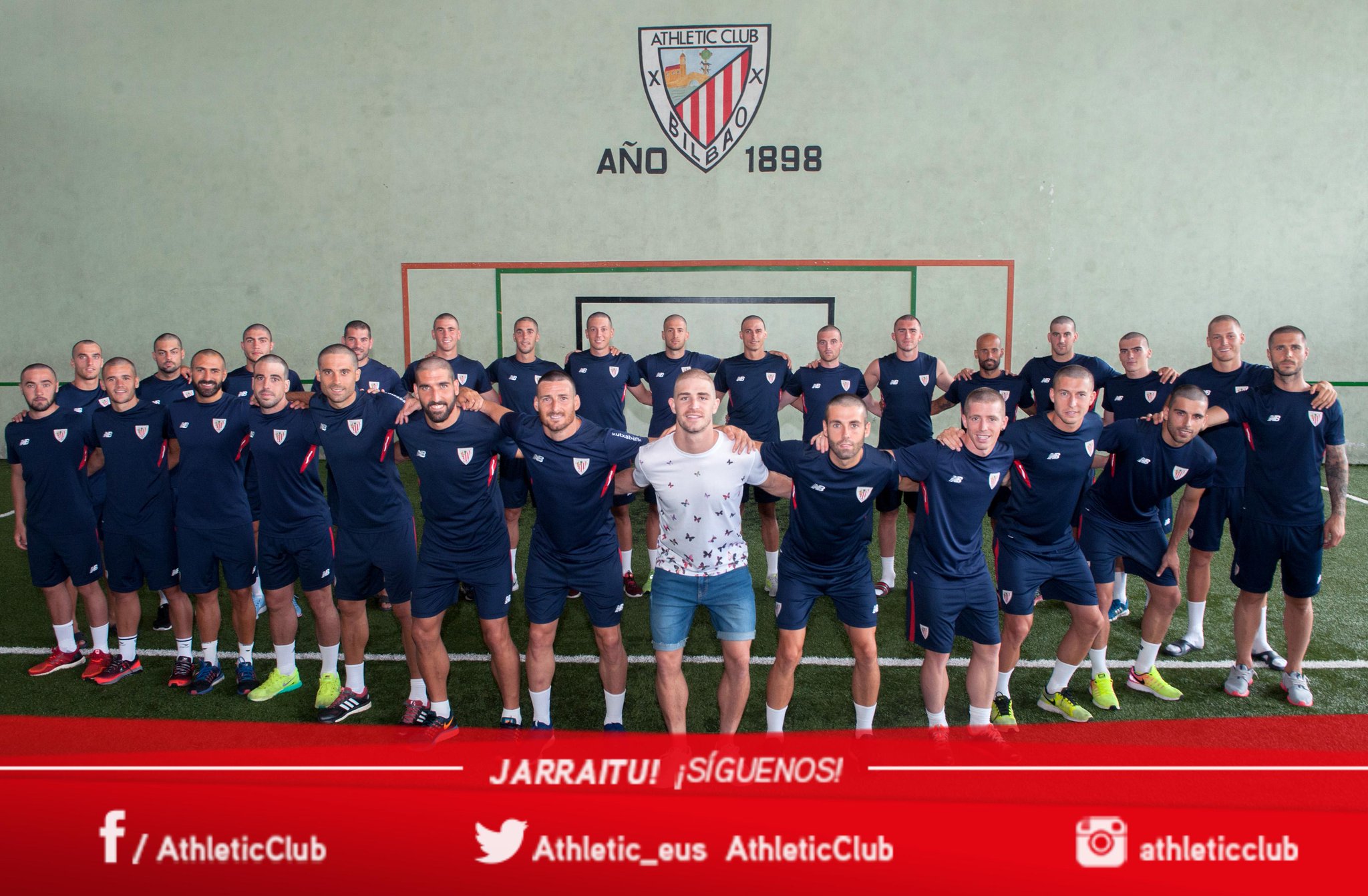 Need, genial, brutal, emotional…there would be few adjectives to define the beautiful action that has made the template Athletic. Your wardrobe is a pineapple is not a phrase. It is a reality seeing the gesture they have had with his partner Yeray Álvarez that surely will have animated. Players and coaching staff have shaved his head in support and solidarity with the center of Barakaldo, which is undergoing chemotherapy fell after he suffered a testicular cancer.

The entire staff rojiblanca has joined this initiative and all players have appeared in the morning training session in Lezama with a shaved head, as a form of support Yeray has received a shot of positivity and energy by their peers. The club went public in their social networks photo wearing red and white template solidarity shaven, with the phrase “We are with you Yeray! Yeray since he was diagnosed with testicular cancer in December 2016, the player has not stopped receiving samples of strength and support.

The player could return to the pitch and finish the season and even was called for the European sub 21 but he had to abandon the concentration to immediately start chemotherapy treatment upon being detected relapse in a review.

Is this the cristiano Ronaldo is Real Madrid?
Workers know the Cup, the other World
Five stories and anecdotes of the European Day
Barcelona 4 Bayern M 0: Barcelona and Bayern Munich smashed in 2009
Lopetegui gives the list for Euro Israel
Found dead the captain of the Irish Derry City
Barcelona and Madrid are tied by Messi and Ronaldo
"I know 7 gay players playing in the Premier"
Goodbye to the main tiki-taka reference
All winners of the Golden Ball history (1956-2015)