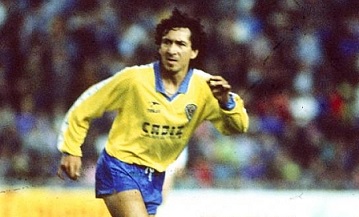 Magico Gonzalez was the idol of Cádiz. They say it, which it has been more orderly in your life, I could have reached the world's top football. And may be those who say they are not lacking in reason, because this player made impossible moves that left speechless all those fans who came to see him every Sunday Carranza.

The footballing history Jorge Alberto Gonzalez goes back to its origins in El Salvador, where he began his career at Antel, club where he marveled to the extent that in a match against Club Deportivo Águila, commentator at that meeting 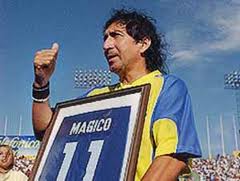 baptized by “Magician” because of their ball skills.

His career in Antel and then the FAS led him to be selected for his country to the World Cup in Spain 82 where he excelled and managed to draw the attention of several European clubs including Atletico Madrid and Paris Saint Germain, club with which he had bespoken his transfer, although the Salvadoran informalities prevented from taking fruition. Finally, Cádiz CF would be the team that would take upper hand and achieve close the transfer Gonzalez, already in step Andalusian renamed box “Magical”.

In the club tacit Silver, the best and worst of Magico Gonzalez saw. Since only played with improbable turns, up goals worthy of a world star. But nevertheless, the Central American also had a bad side: fame sleeper ( the club had an employee every day whose mission was to awaken “Magical”) and festero (were constant nights out and drunkenness) constantly he caused the player was sanctioned by the club for indiscipline which nevertheless provoked protests from fans, avid to see the greatest talent who has played in Cádiz. 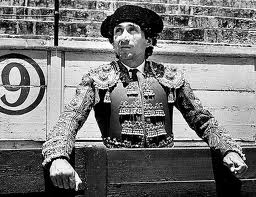 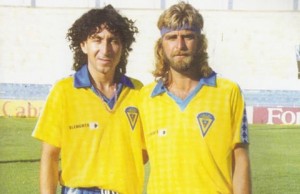 Passing through the Cádiz awakened a host of curious anecdotes, as that party Carranza Trophy semifinals, where Magic came late to the party and could only play the second half with his team. However, his two goals earned a win for Barcelona who had gone to rest for 0-3. Precisely, in the Catalan club, Gonzalez was tested during the preseason 84-85, although an alleged eviction by a fire at a California hotel cause it will foil his move (apparently, while evacuation alarm sounded and the hotel emptied, Magic was in his room with a girl obviating the situation). 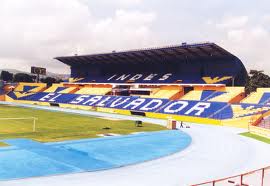 From there, a fleeting passage by the Valladolid and a new tour of the Cadiz to 1991, year he returned to his country marked at the end of the golden age of this particular player. After retirement, Magic moved to Houston where he was in the team Houston Dynamo as assistant coach and also made one of his favorite hobbies, the taxi driver.

Today, Magico Gonzalez performs tasks of technical assistant with the national team, overlooking the qualifying round of his country to the World Cup in Brazil 2014. further, It has a stadium in your country with your name, country of which he is the top scorer in its history. It has recently been inducted into the Hall of Fame FIFA. Certainly deserved recognition for a large only did what he wanted, have fun with ball.

The ugliest shirts football history (II)
Parents and children who played World (part I)
The top ten players in the history of Atletico Madrid
Paolo Guerrero and Nene Cubillas: Idols of Peru
Cristiano Ronaldo, Never have so many goals in the league so few titles were worth
This will be the World 2030 to be held in Uruguay and Argentina
Russia and Capello: so much money for so little result
Gascoigne, class service of rebellion
Quini: the warlock goal
So Saudis are the three players who will play in Laliga