Maguire photo that has become viral and provoked laughter in networks 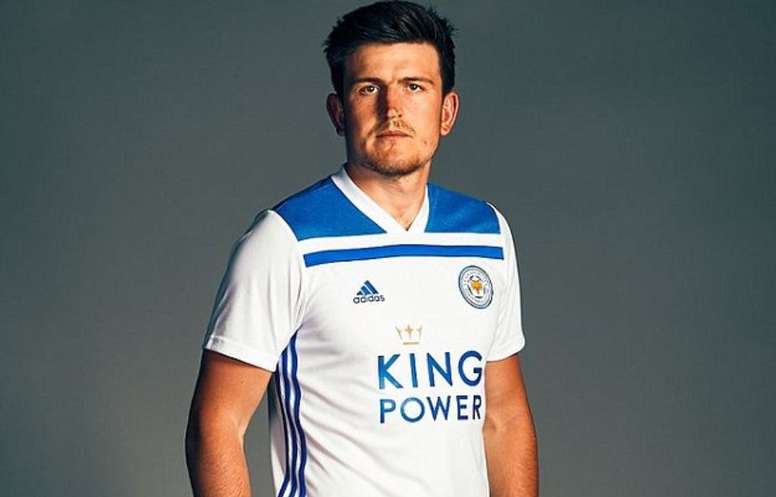 It was one of the names of England in the World Cup Russia 2018. Harry Maguire, he won with his football soccer fans islands and attracted the eyes of many scouts. But nevertheless, Leicester player has jumped to fame these days for something else, for the official photo that his club has uploaded it.

If we see the picture from a higher plane, not observe any details that in principle, you can bring fans to laugh and make memes on social networks. But everything changes if we look at his legs. Here we can see the ridiculous shin guards carrying the player, they do not seem to do any function.

Little, Benjamin size or alevín, Maguire poses for the camera with these strange mini size whose function shin guards to protect the shin Footballer, absent. They say a picture is worth a thousand words.

‘Who got him the child’s small shin pads?’ Fans tease Harry Maguire after he poses in new Leicester away kit https://t.co/a7KKoCYWZ7 pic.twitter.com/KdBG1DKDns

Best memes of the twelfth Champions Real Madrid
Valencia blocks the transfer of striker Nelson Valdez
Mauro Icardi: "Spain and Italy wanted me to select, but I wanted to go to Argentina"
Reading 5- Arsenal 7: alive League Cup
Valencia wants to return to a former become one of the revelations of the League
MSN vs BBC in numbers
Confederations Cup 2013: The squad of Spain
The best images of the World Cup in Brazil: day 1
Chelsea have already chosen who will coach next season
The Euro 2020 in several European cities