Put your home for sale to travel to Russia World 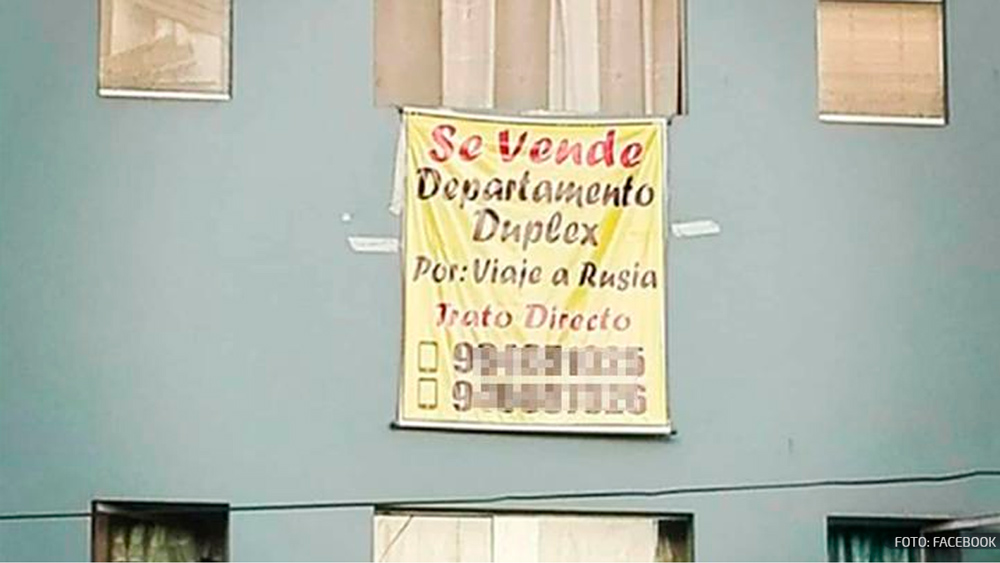 What would you be willing to do to be present in a World Cup selection supporting your country? For football fans, the big date comes next summer and many of them would be willing to do anything to attend the biggest event in world football.

It is the case of a fan who has put for sale its own house in Lima (Peru) to afford the trip to Russia to support your team live. This user placed the photo on facebook and soon became viral, How could it be otherwise. further, He did not hide the least stating what was the reason for the sale: “duplex apartment sells for trip to Russia. direct deal”.

Definitely, a very original way to attract potential buyers, need to know whether it is true or if a pure strategy is to achieve a faster sale. The selection of Peru, by the way, returns to a World Cup event after 36 years, hence the fans in this country are willing to do anything to not miss an event that could take in repeated again.

The best memes Champions Night
Ebola in the world of football
"Play the attack is a fad"
Chelsea: "The Special Team"
Thebes: "Let's raise the Huesca and Zaragoza"
The Spanish government redistributes income of television rights
Fahad Al-Muwallad, first Saudi to debut in La Liga
The era of Argentine technicians in Spain
Applause for the dismissal of Emery
Jesse Rodriguez, missing, could be away from the Stoke City