Barcelona fell back again this season where he has done too many times in the Spanish Liga, and Europe where he fell and thrashed in Paris despite then traced the tie in the Nou Camp. This time it was Juventus which has endorsed a tremendous 3-0 putting club in another situation limit. We bring you the best memes Barcelona's defeat against Juventus seen in Memedeportes. 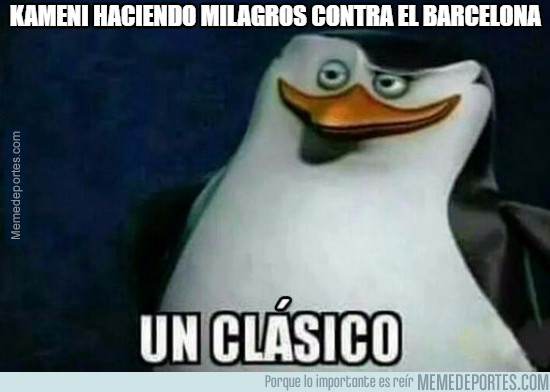 Five stories that leaves the European session
Matias, Leo Messi's brother, is released
Messi vs Cristiano Ronaldo, comparison of 2014
Borussia Dortmund: Bayern Munich Mario Götze tab
The five teams who will speak at the European Championship in France 2016
Brazil thrashed 4-2 Italy and access first to the semifinals of the Confederations Cup
Mallorca 1 Levante 1: Granota regain their pride
The five best coaches in the history of Athletic
The top ten players in the history of Sevilla
Analysis Brazil World Cup draw 2014